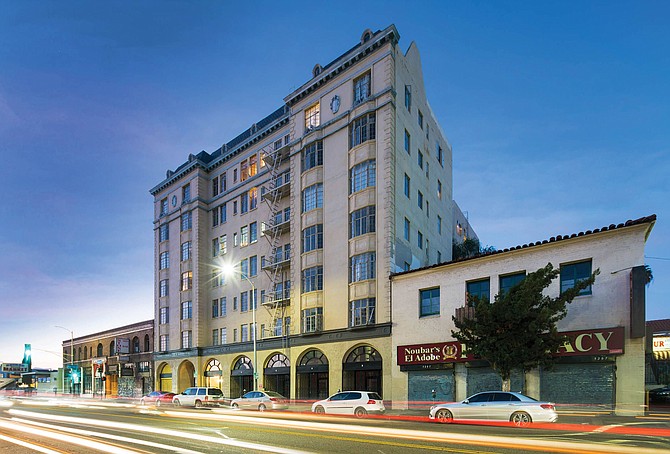 Developer MWest Holdings has sold two multifamily properties for a total of more than $64 million.

Institutional Property Advisors, a division of Marcus & Millichap, represented the seller, a joint venture between MWest Holdings and BentallGreenOak, in the transaction. The buyer was New York-based Midwood Investment & Development.

“Park Wilshire is one of just a handful of restored Jazz Age-era buildings left in Los Angeles,” IPA Senior Director Joe Grabiec said in a statement. “Over the past few years, prior ownership made significant capital expenditures to renovate the common areas, amenities and 82 units to a high-level, luxury specification.”

Grabiec, Kevin Green and Greg Harris represented the seller and found the buyer.

Green said in a statement that the building was regularly more than 95% occupied.

IPA also represented MWest Holdings in 2016 when it purchased the property from Montgomery Partners Inc. for $27.4 million with plans to spend $1 million on renovations.

Montgomery Partners purchased the property in 2007 for $17.5 million.

Nearby, the 101-unit Guardian Arms Apartments in Los Feliz sold for $26.2 million.

“The buyer plans to complete the renovations to all units and common areas keeping with the charm of the asset,” Ossenbeck said in a statement. “The irreplaceable character of this 1930s high-rise building, commanding views of the Hollywood sign and downtown Los Angeles and potential upside in revenues upon renovations make the Guardian Arms and its retail components a solid long-term hold.”

“The abundance of high-paying jobs created by entertainment, media and technology companies, including Netflix, HBO and Viacom, strongly supports renter demand in the area,” Grabiec said in a statement.

The Guardian Arms Apartments, at 5217 Hollywood Blvd., was built in 1928. At one point, it was a hotel. Later, it was an apartment building known as the New Hollywood Apartments.

MWest acquired the property in 2013 and renovated the building. It is located three blocks from the Hollywood/Western Metro station.