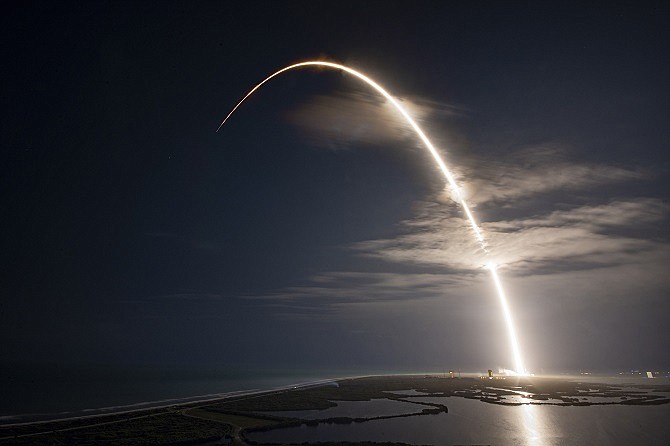 Home of L.A.’s most innovative technology companies made bold promises in 2019. Now investors and consumers will be watching closely to see if they can deliver in 2020.

SpaceX is also looking to advance its crew capsule technology. The Elon Musk-helmed company is set to launch its first crewed flight in May 2020, followed by a second launch in November. The effort is expected to revitalize NASA’s long-stagnant commercial crew program.

In addition, Musk, SpaceX chief executive and chief engineer, plans to launch a “constellation” of high-speed internet satellites in low Earth orbit on the company’s Falcon 9 rockets in 2020.

SpaceX President Gwynne Shotwell has said Musk intends to use the satellites to offer broadband services in the United States by midyear.

Another innovation, 5G technology, is expected to arrive in L.A. this year.

Telecommunications carriers such as Verizon, T-Mobile and AT&T have all said they intend to roll out the faster network for mobile devices in coming months.

To do so, the companies will have to build out existing networks to cover a greater geographic range. And they will have to sell consumers on purchasing new mobile devices capable of utilizing the next-generation network.

On the gaming front, Activision Blizzard Inc. is expected to evolve its key games, including franchises such as “Call of Duty,” while also dropping new titles.

The company’s new “Call of Duty” nations esports league is scheduled to kick off its first season Jan. 24, adding a new revenue stream for the company.

Analysts predict esports will continue to grow exponentially in audience and player base, as well as in sales, and that Los Angeles will remain a key part of that evolution.

November is expected to bring a new version of Microsoft Corp.’s Xbox as well as Sony Interactive Entertainment’s Playstation 5, which means publishers will be scrambling to develop titles playable on the new tech.