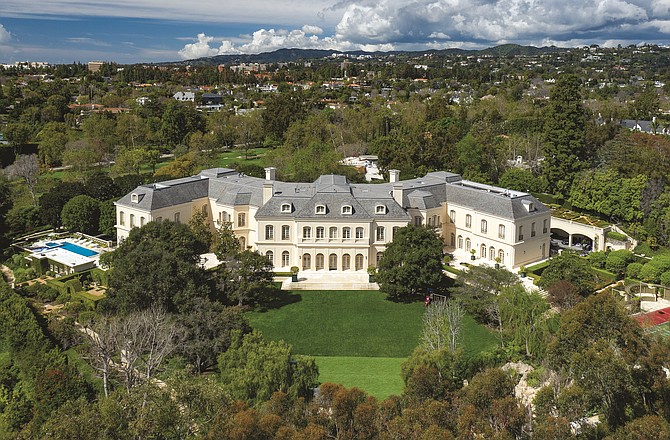 Jade Mills was a listing agent for the $120 million sale of The Manor in Beverly Hills.

For the leading residential real estate brokers in Los Angeles, the past year brought an uncertain start, a robust finish and unprecedented results.

The top five agents ranked by sales volume sold a combined $3.22 billion of real estate in L.A. in 2019.

That’s a 15% increase from 2018, when the top five agents sold a total of $2.8 billion, according to data compiled by the Business Journal.

The Agency’s Jon Grauman made the biggest jump on the list this year, surging 32 spots to No. 20. Zachary Freehling of Coldwell Banker Residential Brokerage moved up 32 spots to No. 32.

In the eyes of most agents, 2019 started slow but finished with a bang.

“We started to see a lull in the market (early in the year) and then the last quarter went out with a major boom,” said Williams from Hilton and Hyland. “We thought the market was shifting, but it ended up being a very, very big year for luxury real estate.”

Williams attributed the rise to consumer confidence in the market and people from other areas buying in L.A.

For Williams, 2019 was her largest year to date with roughly $120 million more in sales than previous years.

The Agency’s Santiago Arana, who finished No. 17 with $249 million in sales, said the market is still going strong despite some concerns.

“There are a lot of houses that are not priced well and sit on the market and give the impression that housing is slowing down, and it’s not,” he said.

For Pardee, 2019’s momentum seems to be carrying into 2020. The Venice-based broker said she just completed her best January in five years.

“It feels very strong right now, and it’s because of the interest rates and lack of supply,” she said.

Compass’ Chris Cortazzo, who specializes in Malibu and ranked No. 9 with $319 million in sales, said the beginning of 2019 was difficult as the elite coastal community felt the effects of fires in late 2018, but he said the market has since rebounded.

And Compass’ Aaron Kirman, who was L.A.’s sixth highest-selling real estate agent with $453 million in sales, said he sold a lot of high-priced homes in 2019 that broke records, despite some uncertainty. 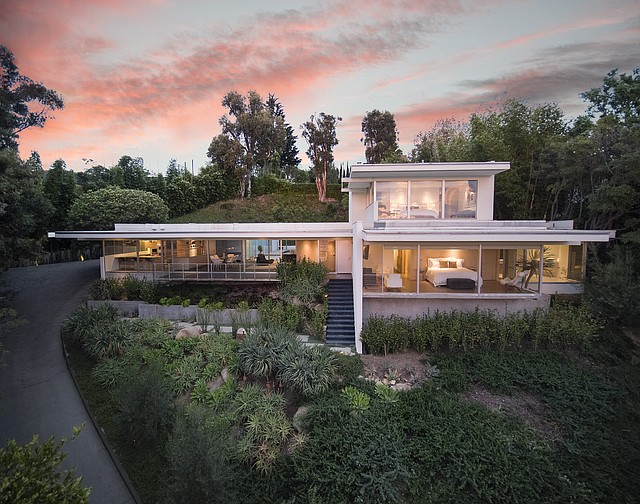 Aaron Kirman was involved in the sale of neighboring homes on Bentley Circle in Bel-Air.

Kirman said that while his sales were strong, “they could have been a lot stronger. What affected them wasn’t a lack of buyers or sellers but putting the deals together in 2019 was very difficult.” 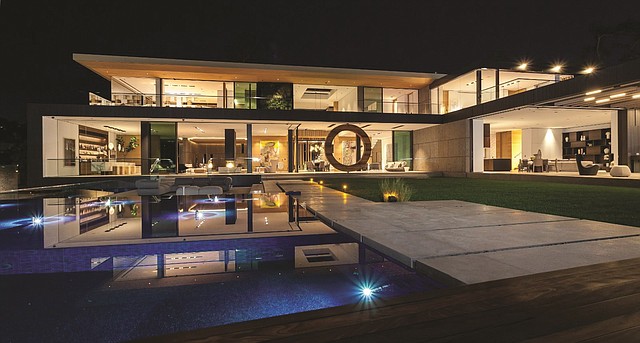 The two Bentley Circle homes sold for a combined $52.2 million.

One thing most agents agreed upon during 2019 was that real estate, when it is appropriately priced, often sparked bidding wars.

“When somebody wants a house, it usually comes in twos or threes,” Williams said.

She added that many buyers have increased their budget to get a home that matches their expectations. She is seeing more bidding wars for homes in the $10 million to $15 million range, she said.

Coldwell Banker Residential Brokerage’s Jade Mills, No. 8 on the list with $362 million in sales in 2019, said that “from November of last year until yesterday, anything under the $4 million range sells immediately if it’s priced correctly.”

While high-priced properties were sometimes met with resistance in the market, Los Angeles also saw a number of record-shattering home sales in 2019 and early 2020.

In November, she was one of the listing agents for the Chartwell Estate, also known as “The Beverly Hillbillies” mansion. Fox Corp. Chief Executive Lachlan Murdoch purchased the home for $150 million, a record at the time of the sale.

Mills was a listing agent for the $120 million sale of The Manor in Beverly Hills.

Williams was also involved in many of the county’s most expensive home sales. 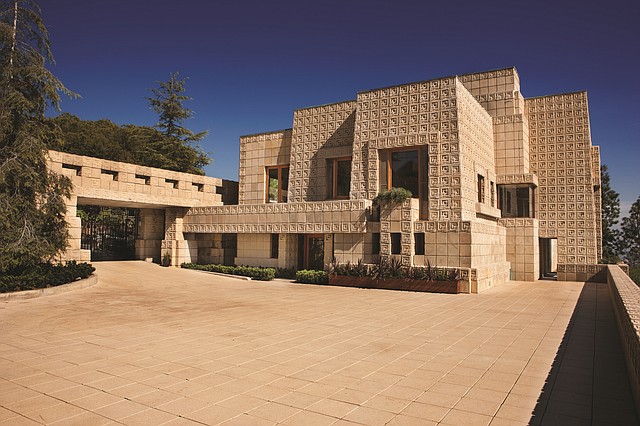 Some of her noteworthy sales in 2019 included the Billionaire home in Bel-Air which sold for $94 million; the Ennis House in Los Feliz, designed by famed architect Frank Lloyd Wright, which sold for $18 million; and a Bel-Air mansion that went for $75 million.

And she said records could soon be broken again by The One, a home being developed in Bel-Air with a price tag of $500 million.

“Even if there’s an astronomical price tag on something, these large homes still sell for massive numbers, and it sets the bar even higher. The comfort level that these billionaires have with their wealth and spending, it has become more evident,” Williams said.

Arana added that the number of properties that sold for more than $30 million each increased 60%. Aggregate dollars paid for all these properties — known as sales volume — increased more than 100%, he said.

Kirman added that while some price points slipped a bit, “when you go to the uber high end, $70 million plus, it was a spectacular year.” 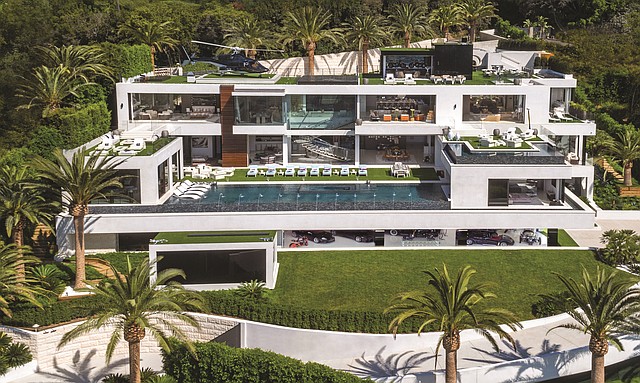 Rayni Williams was a listing agent on the Billionaire home in Bel-Air that sold for $94 million.

The makeup of the buyer changed slightly in 2019.

“L.A. has become a destination for people from all over the world,” Arana said, adding that last year, he saw a lot of people from the East Coast as well as Chinese and Russian buyers in L.A.

The growing tech market, he added, is a big part of that.

“There have been more Chinese than ever this past year,” Williams said. “We saw a resurgence of the Russian buyer that had been quiet for a while. Same thing with the Chinese. In the two years past, it had been driven by American buyers. This past year, they were outbid by the foreign buyer. But the local buyer is still pulling strong.”

Pardee said areas in the Westside like Mar Vista and Culver City have seen growing interest due to the tech boom in Silicon Beach.

Kirman added that the Eastside is seeing more interest, too. “Frogtown is on fire,” he said, adding that areas like Silverlake are also performing well.

Volatility in other markets has also made L.A. a good place to be, Kirman said.

There are some big changes on tap for 2020. Last year, the National Association of Realtors voted to ban pocket listings, which are listings an agent has that never make it to the multiple listing service. Under the new rule, properties must be listed on the MLS within a day of being marketed to the public.

The rule will take effect May 1.

“It’s awesome,” Pardee said. “It’s so great. I think to get the highest price, everybody should know about your house. I’m so excited for that change.”

But not everybody shares that enthusiasm for the new rule, which essentially eliminates off-market listings.

“Pockets listings are a vital part of our business,” Arana said. “I think it’s a foolish idea. I’m not happy about it. I deal with very exclusive clients that have very, very understandable reasons why they don’t want to go on the market.”

Williams said she thinks homeowners will instead find other ways to sell their homes quietly.

“It may be two friends like Geffen and Bezos talked and shared a yacht experience and made a deal,” Williams said. “If someone wants to do something quietly, they will.”

Despite the upcoming presidential election, which can sometimes slow the real estate market, agents are expecting 2020 to be a strong year.

“Everything you look for in a healthy market is here,” Arana said. “It’s going to be a great year.”

Mills said she did $65 million worth of sales in January and expected 2020 to be even stronger than 2019.

“We’re going to be extremely busy in 2020, the way the stock market is going and just the excitement in the marketplace,” Cortazzo said. “There’s a buzz and energy that I am really encouraged about.”

One thing to keep an eye on, Mills said, is the leasing market. Most people want to buy now, she said, instead of leasing, especially because of low interest rates.

“The short-term leases are still strong,” Mills said. “It’s the longer-term leases that we’re not seeing many of (and) that is due to people wanting to buy.”

Arana agreed that there was more demand for buying than leasing.

That doesn’t hold true for all areas, Cortazzo said. With the fires in Malibu, for instance, many have had to lease properties as they rebuild.

Beyond that, he said, many people lease in Malibu for a summer before deciding to buy.

He has four people on his team who only do leases.

Roy Pankey contributed to this report.