Catching up on recent high-profile moves by people, companies and institutions around town ... 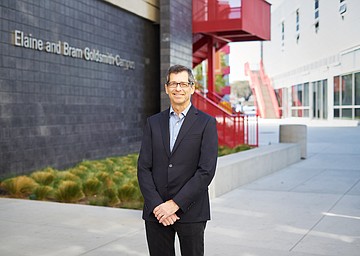 “As a producer, I’ve learned that creative expression needs opportunity, relationships and resources to fulfill its intention,” Hirschhorn said in an email. “I’m hoping I can increase those elements for Otis College students, faculty and alumni, while bringing attention to their successes. As a media executive, I’m hoping to deepen and expand Otis’ significant existing relationships with major media, content and design businesses throughout Los Angeles.”

Hirschhorn, a Harvard College graduate and a longtime trustee at Berklee College of Music, takes the reins at Otis on June 1 …

Speaking of entertainment, the University of La Verne is ramping up its film and television program, thanks to a $2 million donation from alumnus Nathan C.H. Chow.

John Devereux, a 30-year real estate veteran, has been named president at Watt Cos. Recently elevated Chief Executive Nadine Watt made Devereux’s hiring one of her first moves at the helm of the commercial and residential development and investment company.