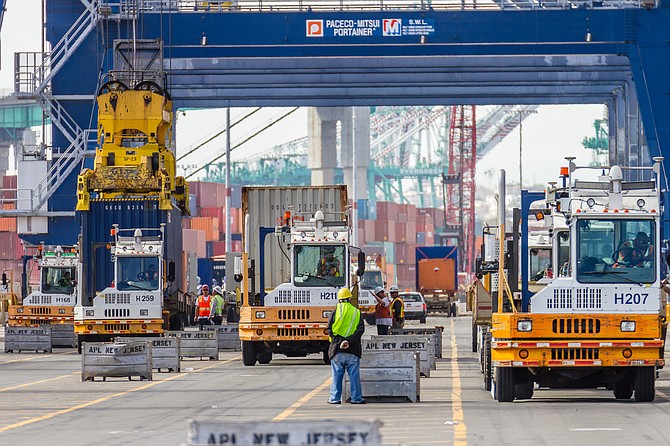 “We anticipated that tariffs would continue to impact cargo volumes as we moved into 2020, and our January volumes reflect that ongoing trend,” Port of Los Angeles Executive Director Gene Seroka said in a statement.

“The coronavirus, which prompted China’s Central Government to extend the Lunar New Year holiday, adds a new layer of uncertainty to global trade,” he added.

“The new year is starting with a new set of challenges that are impacting importers and exporters, but we remain optimistic and expect to see modest growth in 2020,” Port of Long Beach Executive Director Mario Cordero said in a statement. “We are collaborating with our industry partners to focus on long-term growth, sustainability and the reliable movement of goods through the Port of Long Beach.”

Aside from cargo volumes, the two largest ports in the nation are also focusing on implementation of clean truck rates. In 2017, port officials proposed transitioning to a zero-emissions truck fleet by 2035 and incentivizing use of cleaner, low-nitrogen oxide (NOx) trucks in the near term by asking cargo owners to pay the clean truck rate to help finance replacement of older, more polluting trucks.

The ports have proposed a fee of $10 per TEU. The harbor commissioners from both ports are scheduled to decide on the rate at board meetings on Feb. 20 and Feb. 24.

If they approve the rate, the California Air Resources Board will then set its ultra-low NOx engine emission standard and the ports will establish a mechanism to collect the rate at the gates. The ports would begin collecting the fees in the latter half of this year.