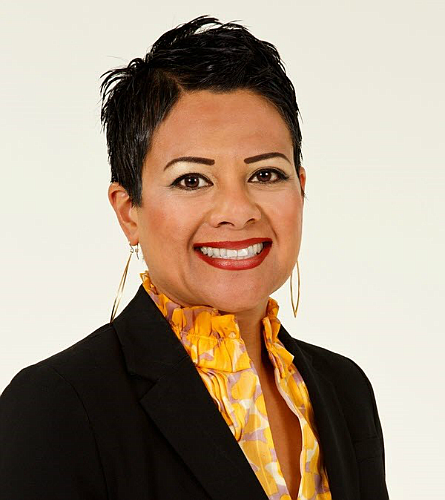 Natasha Mata, a 28-year financial services veteran, is Wells Fargo’s Central Los Angeles Region bank president. Mata manages seven districts and over 70 branches in Los Angeles County. A California native, Mata began her career in banking as a teller at Sanwa Bank in Northern California. While enrolled in nursing school, Mata sought a job with a flexible schedule. She always had a passion for helping people.

In 1996, a Wells Fargo recruiter had a pleasant interaction with Mata and soon after, she assumed her first role at Wells Fargo as Banking Center manager. Mata’s drive and eagerness to learn propelled her through many positions including: personal banker, assistant manager, service manager, branch manager and district manager. Prior to assuming her current leadership role, she served as region bank president for the Four Rivers market in 2011, as well as the Northern New Mexico region in 2007.