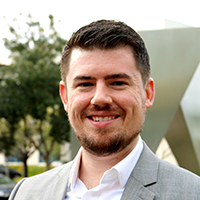 After graduating from UCLA Law, Patrick Kirby joined a private practice with Lynberg & Watkins as an associate attorney. In 2013, he transitioned to the construction law firm Watt, Tieder, Hoffar & Fitzgerald, LLP, where he represented large general contractors in all aspects of contract negotiations. Four years later, he joined Webcor as assistant general counsel. He quickly rose to vice president and deputy general counsel, becoming one of the youngest vice presidents in Webcor’s history. In this role, he oversees Webcor’s day-to-day legal operations in Southern California, which includes a portfolio of major projects exceeding $600 million in annual regional revenue.

To ensure he’d be able to provide comprehensive legal advice accounting for the often extremely technical facts and circumstances faced by a sophisticated general contractor, Kirby has furthered his formal education in the areas of engineering, construction management and accounting, project scheduling, materials science, and project estimating. 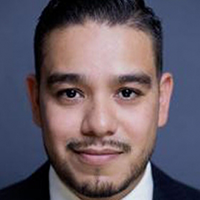 Luis Perez joined CHIRLA to coordinate its Deferred Action for Childhood Arrivals (DACA) clinic in 2012. He is now the organization’s legal director, supervising a staff of 58 in ten offices, including a deportation defense team. Born in Jalisco, Mexico, he was brought to the U.S. at age nine. In high school, Perez became the public face of AB540, which let undocumented immigrants pay in-state tuition at California public universities. He would later become the UCLA School of Law’s first undocumented graduate, in 2010. He holds a BA in political science from UCLA and an associate’s degree in Chicana/o Studies from Los Angeles Mission College.

Perez has built CHIRLA’s legal services department to be one of the most impactful in the country. He grew the department to a unit made up of attorneys, paralegals and legal fellows numbering 56 working in the areas of family unity, naturalization, DACA, detention and removal and asylum.