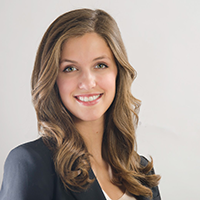 Rachel Croessmann began her career in law as a practicing attorney in Miami-Dade County. She dedicated herself to her craft both in and out of the courtroom as she relentlessly worked to drive the best possible outcomes for her clients. Though she thoroughly enjoyed this work, she realized she primarily enjoyed working on longer-term engagements with clients. After spending time at both a real estate private equity and real estate private debt firms, Croessmann accepted a role as in-house counsel & acquisitions at Venice-based KoBre Companies. In this role, she serves both as corporate in-house counsel and as a member of the acquisitions team at Trojan Storage (a KoBre Company).

Since joining KoBre, Croessmann has become a trusted member of the team at both KoBre Companies & Trojan Storage as they look to build out many facets of their rapidly growing businesses. 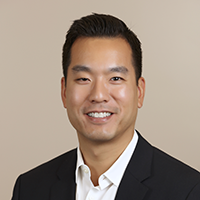 Culbert Lu began his career in 2000 as a litigator with Allen Matkins. In 2004 he transitioned to work in-house with Arden Realty, a publicly-traded REIT. In 2006 GE Capital purchased Arden, and Lu helped expand Arden’s footprint across the US by completing more than $5 billion in purchase/sale transactions. He also led GE’s Leasing & Property Operations global practice group.

In 2013 Lu became the general counsel, and then chief legal & HR officer at ARYZTA, a bakery manufacturer with over $2 billion in annual revenue, overseeing the entirety of its legal and people operations in North America. Lu left ARYZTA in June 2018 to become the first general counsel at OnPrem Solution Partners, a rapidly growing consulting and technology firm with offices throughout North America. Lu manages all of OnPrem’s legal function, dealing with major studios and broadcasters, as well as leading consumer product companies.