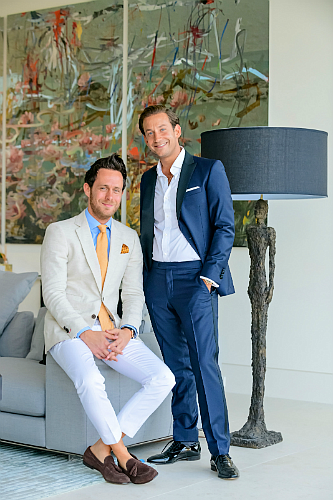 James Harris and David Parnes are not only among the most successful brokers in Los Angeles, but the entire United States. Specializing in high-end residential real estate and investment properties in the most affluent areas of the country including Beverly Hills, Bel Air, Holmby Hills, Sunset Strip, Hollywood Hills, Brentwood, Pacific Palisades and Malibu, they have sold more than $1 billion of real estate since 2017 and have also starred for five seasons in the internationally acclaimed television show, Million Dollar Listing Los Angeles. In the last two years, the formidable duo has been the driving force behind the sales of some of the city’s well-known properties and some record-breaking sales to date, including 594 S. Mapleton Drive, Holmby Hills, otherwise known as The Manor for $120 million. The Manor is the third highest sale in LA and sixth highest in the nation on record.