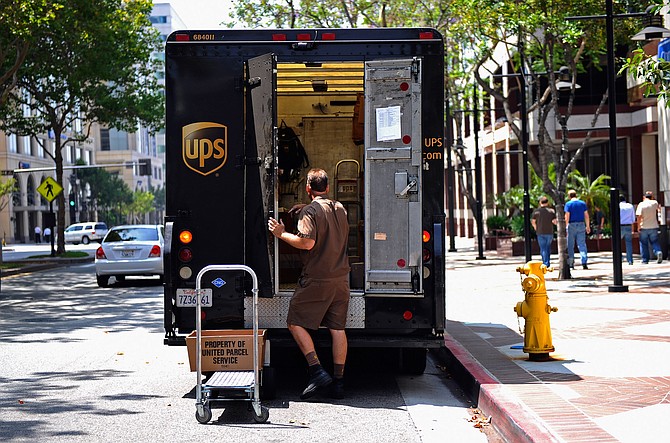 UPS has added about 3,500 workers in L.A. County in the past year. Photo by Kevork Djansezian