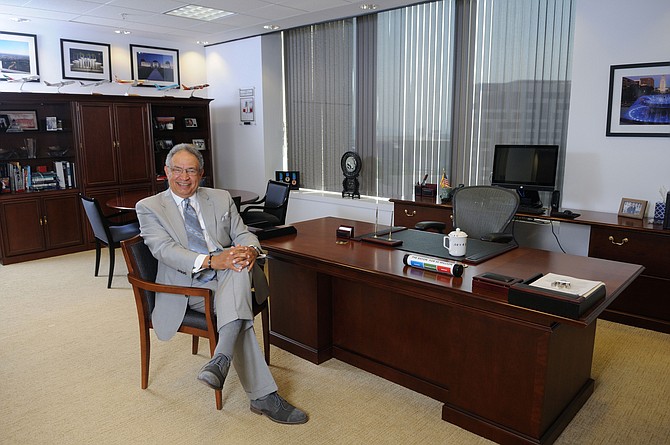 Ernest Wooden Jr. will retire at the end of June as president and chief executive of the Los Angeles Tourism and Convention Board.

Adam Burke, who currently serves as chief operating officer for Los Angeles Tourism, will serve as interim CEO after Wooden’s departure on June 30.

“As you are well aware, the current business climate and general economic downturn requires Los Angeles Tourism to adopt a new business plan to navigate what emerges as ‘the new normal,’ and it is my belief that Los Angeles Tourism needs a next-generation, seasoned executive to lead that charge,” Wooden said in a statement after his April 13 announcement.

Since taking the helm of the Tourism Board in January 2013, Wooden has helped tourism grow into a $37 billion industry in Los Angeles. The sector until recently accounted for 534,000 jobs in Los Angeles County, according to the tourism board.

When Wooden took on the role as the organization’s chief executive, the county hosted 42.2 million visitors. He set a goal of drawing 50 million tourists annually by 2020 and reached that mark in 2018.

“Ernie has transformed the Los Angeles Tourism organization, engineering a team, infrastructure and programming that has gained the unwavering support of the city and hospitality community, and of Angelenos as a whole. I applaud the tremendous work he has accomplished during his tenure, for which we are grateful,” Alan Rothenberg, Los Angeles Tourism chairman, said in a statement.

Wooden began his career in the hospitality industry at age 16 as a bellman at New York’s Sheraton Russell Hotel. He rose through the ranks to leadership positions with Hilton Hotels Corp. where he oversaw branding initiatives for 3,000 properties in 80 countries.

Wooden serves on the U.S. Travel and Tourism Advisory Board for the Department of Commerce. He also sits on the Organizing Committee, Executive Committee and Conflicts Committee for the LA 2028 Olympic and Paralympic Games.

“It has truly been a delight to assimilate and lead an incredibly dedicated and committed global team of tourism professionals, and I leave the destination in extremely capable hands,” stated Wooden.