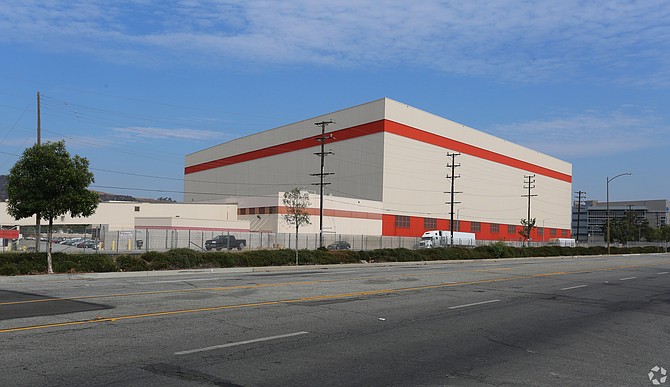 The coronavirus may slow Southern California’s industrial real estate market, but industry executives say it’s unlikely to derail the booming category. Not only has industrial been the darling of the real estate market for the last few years, but it’s likely to be the most successful asset type both during and after the pandemic, they say.

“(But) if you had to pick a sector to be in it would be industrial. On a relative basis, industrial should fare well.”

A CBRE statement on Covid-19’s impact on real estate anticipates industrial and logistics real estate will take 12 months to fully recover while sectors like retail will take roughly 30 months to recover.

In the first quarter of 2020, 7.6 million square feet of industrial space sold or leased in Los Angeles County, according to data from

“Over the last couple years, the industrial market throughout the country and here in Southern California really matured and expanded,” he said. “It's become a favorite asset type of a lot of institutional investors.”

Dedeaux added that several factors were behind surging demand for industrial properties, including bustling activity at the ports, the large number of consumers in the region and the rise of people ordering goods online — all of which require vast amounts of industrial space.

Industrial property owners have seen huge rental rate increases over the last few years, coupled with low vacancy rates and low buying risk. Dedeaux said there have been annual increases of 15% to 20% for industrial products.

“You de-risk as an investor owning good, quality industrial product in Southern California,” he said.

“Cold storage, ecommerce and related facilities, and food and beverage are going to be the winners right now. Manufacturing long term will be a winner,” Strasmann said, adding that he expects some manufacturing to come back to the United States but not necessarily to Southern California.

“I’m glad we’re in the industrial asset type,” Dedeaux said. “Hospitality is getting hammered. So is retail. Our tenant base is staying pretty solid.”

He said very few tenants have asked for rental relief so far.

An attorney who works with some of the largest owners of industrial properties in the nation, Steve Lurie, a real estate partner in the firm Greenberg Glusker Fields Claman & Machtinger, said, “It’s been a good ride for industrial sector property owners. Demand for space has accelerated. There’s been a lot of development and spec development that has been driven largely by ecommerce.”

Lurie works on other asset types, as well, and said retail has been hit the hardest. He said that in office and industrial properties, he has not seen many landlords agree to concessions during the coronavirus pandemic, but they have been open to rent deferrals.

Nevertheless, he cautioned that he expects the local tenant base to get hit harder than national companies.

And although cargo numbers may be down, the ports still move a lot of product into Southern California. “The ports aren’t going away,” Strasmann said. “It will always be a big driver for industrial properties in the market.”

Experts say a lot of companies are in a holding pattern when it comes to new deals and development.

“If tenants survive in the long run, toward the end of the year, you could have development that could have happened now and didn’t happen,” Lurie said. “You could see the demand being there and the supply not having caught up to that.”

“The velocity and deal flow will slow down until people get a grasp,” he said. “The general fundamentals for industrial were really strong going into this.”

He added that some deals that were in the works already “are still going down” and that we will know more about the market in the next 90 days.

“Deals aren’t dead, but they are putting a pause on it to understand,” Strasmann said.

And there could be some new options after some tenants are forced to vacate space.

“I think there will be some better opportunities for users looking for quality space,” Strasmann said.

Dedeaux said his company would still be an investor in Southern California, but right now it is being patient about deals taking longer to go through.

“We’re changing some of the terms. You need a little more time; sellers need to give buyers more time,” he said. “A lot of extensions are being negotiated.”

“We still negotiate on deals as long as we can structure the terms of the purchase to reflect the current environment,” Dedeaux added.

The past few years have seen a number of once-in-a-lifetime types of sales of industrial assets and land.

AES Corp. sold its 51-acre coastal site in Redondo Beach to a local developer in March.

CBRE Senior Vice President Jeffrey Stephens said some of these sales were unusual. “Properties that had not sold for many, many years were finally trading this time around at this point in the cycle,” he said. “The owners of the properties finally thought, ‘Now is the opportune time to take our chips off the table and cash in and move on.’ A lot of them probably thought the prices were at a level that made sense to them.”

The average asking rate for industrial real estate in L.A. in the first quarter was 93 cents on a triple-net basis, up 8 cents in a year, according to JLL data.

Newmark Knight Frank Associate Director Greg Stumm said he had seen one family that owned seven industrial properties in L.A. decide to cash out due to high prices.

“They were ready to capitalize on the current state of the market,” Stumm said. “Industrial a few weeks ago was at its peak.”

Dedeaux said Dedeaux Properties would sometimes purchase some of these older assets that hadn’t changed hands in a long time, if at all, and add value.

“For us, it’s been a lot of buying from a lot of private owners or sellers who held it as an investment property,” he said.

One of the biggest questions for industrial properties is posed not by the coronavirus but by the November election.

The California Schools and Local Community Funding Act on the ballot would result in commercial real estate being assessed at current fair market value.

Stumm said the measure could cause property taxes to “quadruple” for some long-term owners.

“That’s a little bit of extra motivation and something people are taking more seriously lately,” he said.

Lurie said that if the measure were to pass, there would “certainly be an impact on value.”

“For the generational owners whose property taxes have been very low, they have kind of a built-in competitive advantage. If that legislation were to pass, they won’t have that built-in advantage,” he said.