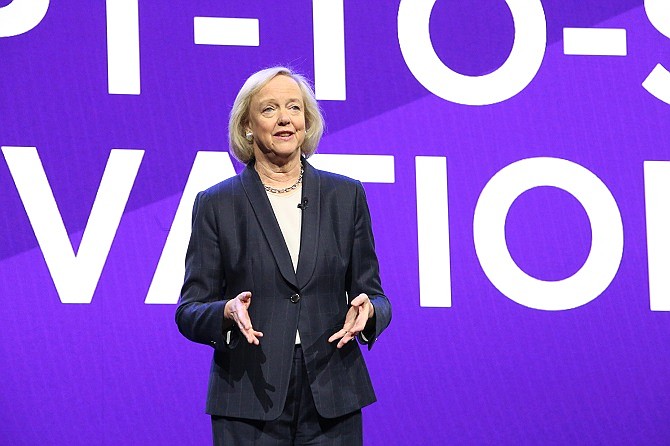 CEO Meg Whitman, at CES, said Quibi will roll out 175 new shows in its first year. Photo by Christina BeDell

The much-hyped launch of short-form streaming startup Quibi was either a smashing success or a comparative disappointment. Quibi, the brainchild of DreamWorks Animation founder Jeffrey Katzenberg, made its debut April 6 with 300,000 downloads in the United States and Canada, according to San Francisco-based Sensor Tower Inc., which provides marketing analysis of mobile apps. Another Bay Area analytics firm, App Annie Inc., reported that Quibi launched with 700,000 downloads for iOS and Android devices in the U.S. App Annie called Quibi the nation’s most downloaded app that day.

The conflicting numbers were reported in Variety and the Los Angeles Times, respectively.

Some Quibi watchers saw the numbers as a big win. Variety, however, noted that the 300,000 represented only 7.5% of the 4 million first-day installations generated by Disney Plus, which launched across multiple platforms on Nov. 12.

Quibi Chief Executive Meg Whitman declined to discuss download reports, saying the company would not comment until after Quibi’s 90-day free trial period, which the company decided to offer in light of the coronavirus situation.

However, Whitman said Quibi is “super excited” by its first day and added that the response exceeded company expectations.

“We’re interested in downloads, but we’re more interested in trials,” Whitman said. “Someone can download the app but not make it all the way through the registration process to actually get to the app itself. We are very focused on that.”

Whitman said the company’s own first-day data indicated app users are sampling Quibi’s various categories, including movies, unscripted and documentary series, and the “Daily Essentials” news shows, which are currently being produced remotely at the anchors’ homes.

Whitman also said Quibi may eventually make its programming available for consumption on TVs and laptops but for the moment wants to stay in its lane as a mobile-only app. “I’m a big believer in focus (for) startups,” she said. “We can do three things really well instead of trying to solve world hunger.”

Right now, Whitman said movie installments and other programs are being presented one daily episode at a time on weekdays. A user may watch as many episodes as have been presented as of a certain day. Eventually users will be able binge an entire movie or series when it becomes part of the Quibi library.

She said that for now Quibi wants to preserve the “water cooler effect” of showing daily episodes, but added, “We are going to listen very carefully to our audience. If we decided to drop (all chapters) of a movie, we can do that.”

Niermann takes a wait-and-see approach as to whether Quibi’s touted Hollywood-quality productions will attract the millennial audience “The good thing about this medium,” he said, “is it (allows for) trial and error. You can modify.”