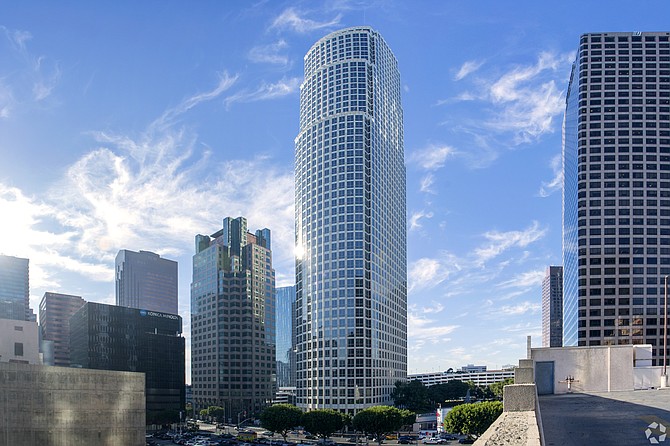 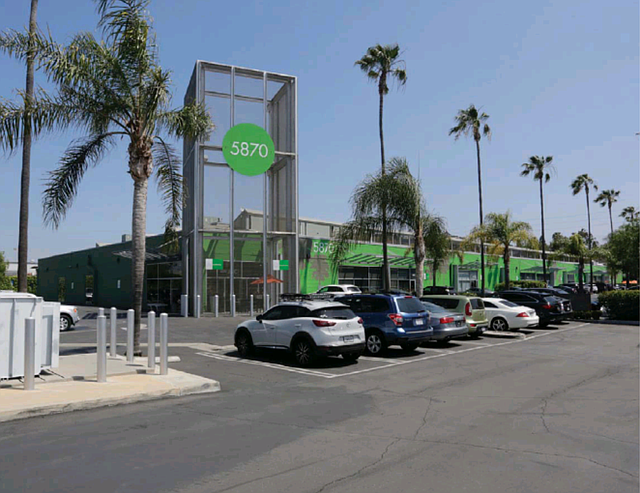 The Westside office vacancy rate fell to 8.7%, down from 9% the previous quarter and 12.5% the previous year. Marina del Rey had the highest vacancy rate at 28.1% while Century City had the lowest at 4.2%. The asking rate for Class A space on the Westside was $5.62 a square foot, up 11 cents over the previous quarter and 37 cents over the previous year. There were 1.5 million square feet under construction during the quarter, including more than 632,000 square feet under construction in Culver City alone. 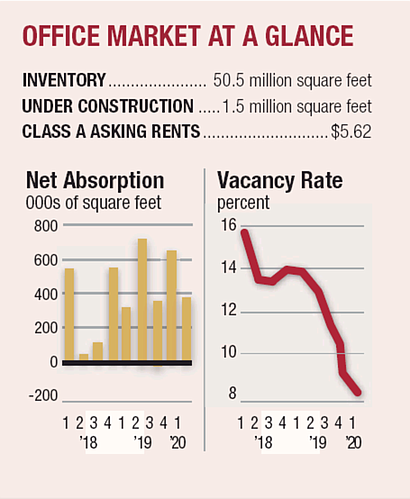 DivcoWest Real Estate Services sold its interest in the historic Telephone Building in Santa Monica to an affiliate of Rockwood Capital.

A family trust sold a development site at the intersection of Santa Monica and La Cienega boulevards to a local development company for $22.5 million.

Coworking-meets-social-club company NeueHouse signed a lease for a Venice Beach location in a building owned by producer Tony Bill.

CIM Group sold a 147-unit multifamily site and an adjacent collection of 37 apartment complexes in West Los Angeles, including Elevate, a four-story building at 1515 Granville Ave. 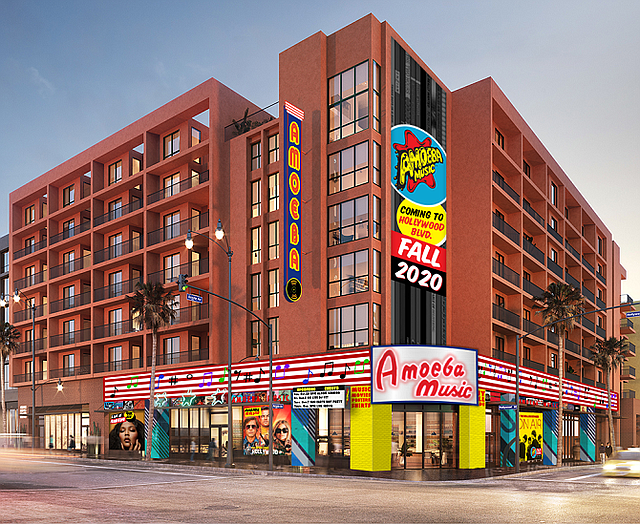 Amoeba Music is moving to the El Centro on Hollywood Boulevard. 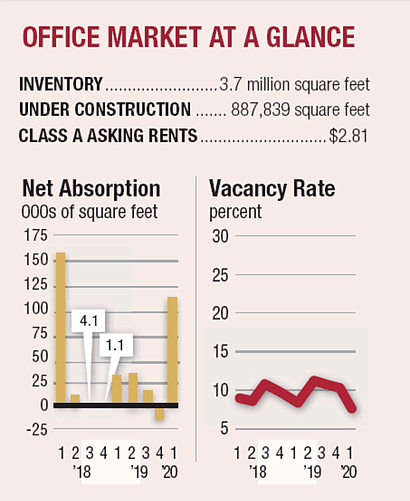 Music store Amoeba Music will be moving from its longtime location at 6400 Sunset Blvd. to 6200 Hollywood Blvd., where it is leasing the ground level of the El Centro complex.

Shamina Investments Inc. purchased the Days Inn by Wyndham Hollywood near Universal Studios from a trust for $22.9 million. 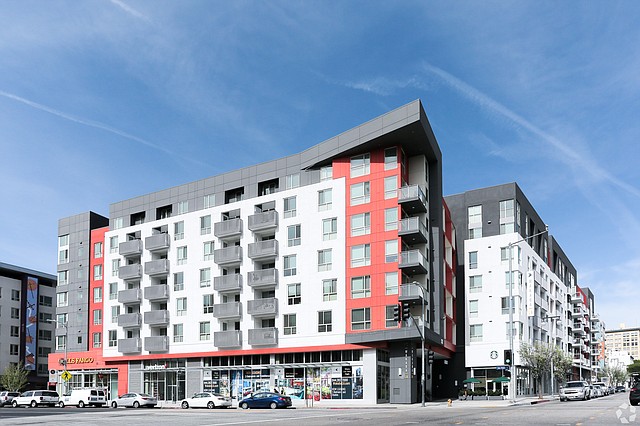 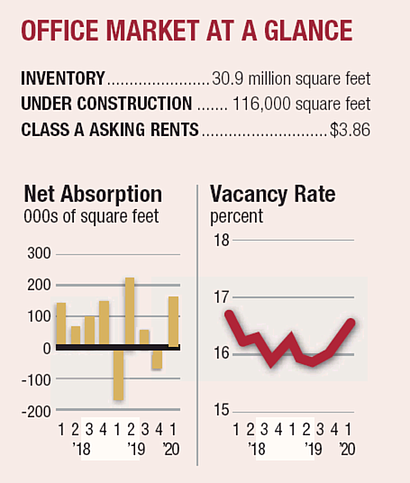 A shopping plaza in Santa Clarita sold for $11.6 million.

Santa Clarita Valley’s office vacancy rate fell to 13.2% from 14.5% the previous quarter and 13.7% the previous year. Asking rents were steady quarter over quarter but fell 6 cents from 2019 to $2.81 a square foot. Net absorption was roughly 35,500 square feet. No new office space was under construction. 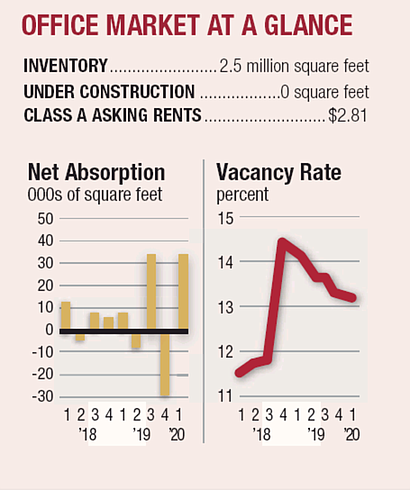 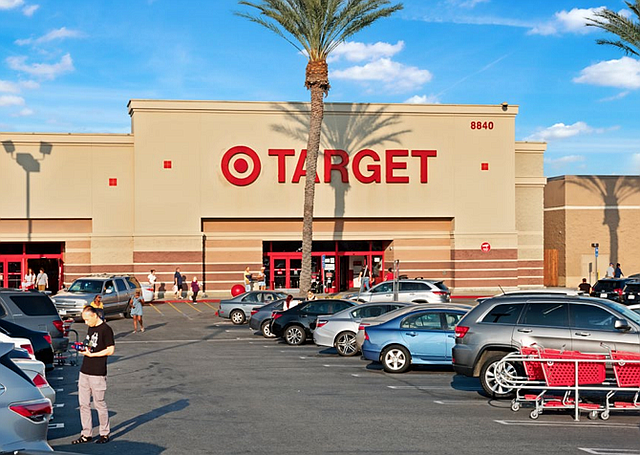 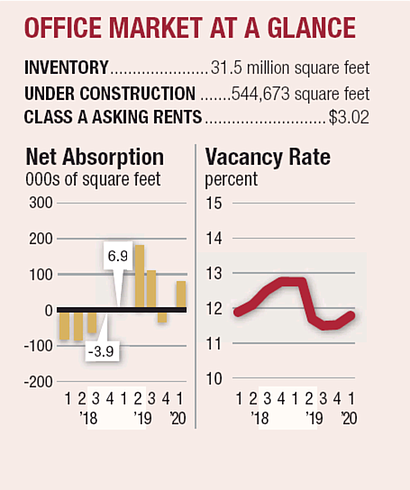 El Segundo-based Paragon Commercial Group sold more than $100 million worth of retail redevelopment sites in California, including a portion of a Target Corp.-anchored center in Northridge. 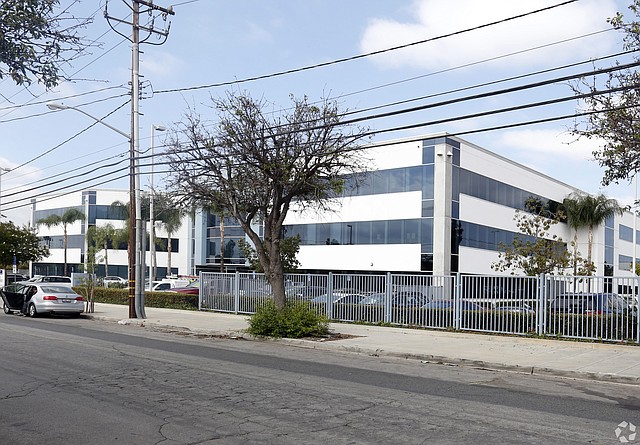 First-quarter office vacancies tightened in the Tri-Cities submarket of Burbank, Glendale and Pasadena to 11.5%, down from 12.6% the previous quarter and 14.2% in 2019. Net absorption was 246,000 square feet while 215,000 square feet were under construction. Rents increased 12 cents from the previous year to $3.62 a square foot. 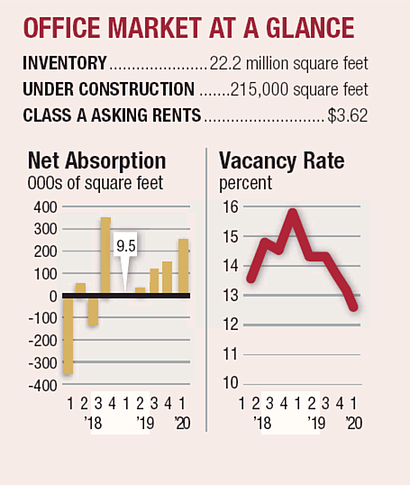 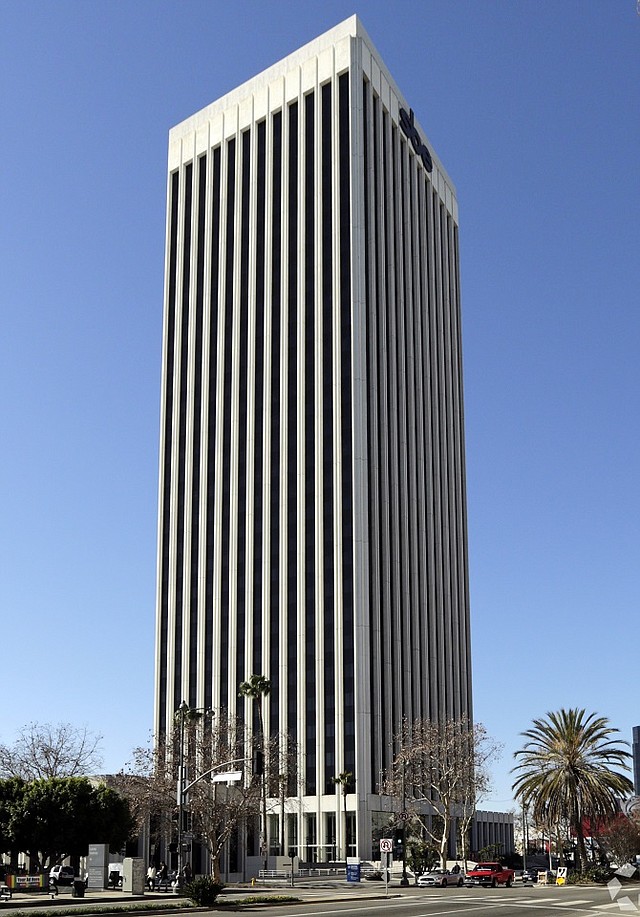 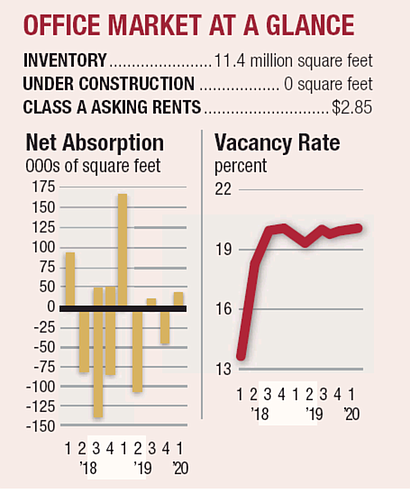 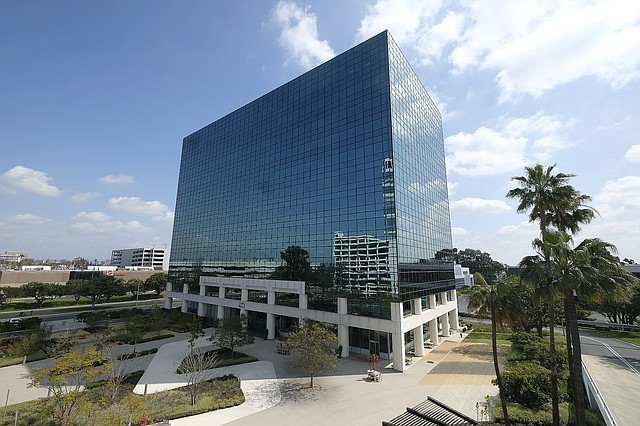 The South Bay’s industrial market vacancy rose slightly to 2.4% during the first quarter, up from 1.7% the previous quarter and 1.8% the previous year. Roughly 345,000 square feet were under construction while 3 million square feet sold or leased during the quarter. Rents rose to $1.05 a square foot, up 6 cents in a year. 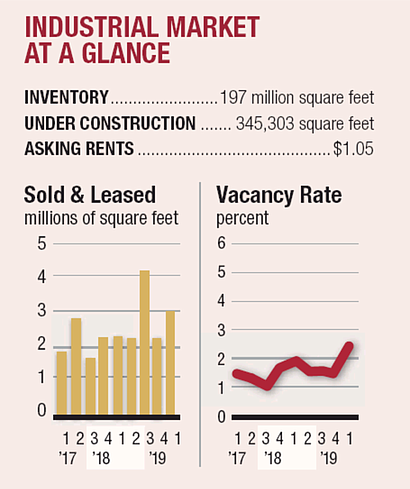 The Lakes at West Covina office property sold for $40.9 million.

The San Gabriel Valley’s first-quarter industrial vacancy rate increased to 3.1% from 1.9% the previous quarter and 2.1% a year ago. Asking rents were $0.82 a square foot, up 6 cents over the previous year. Roughly 2.1 million square feet were sold or leased during the quarter and 696,000 square feet was under construction. 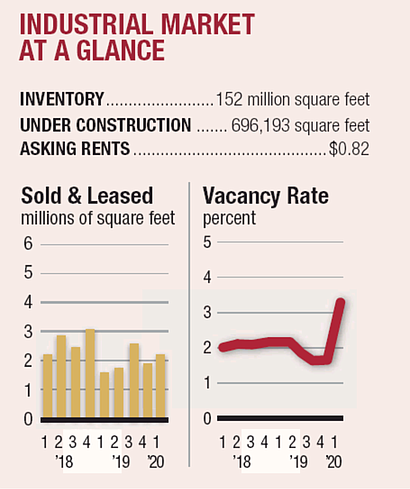