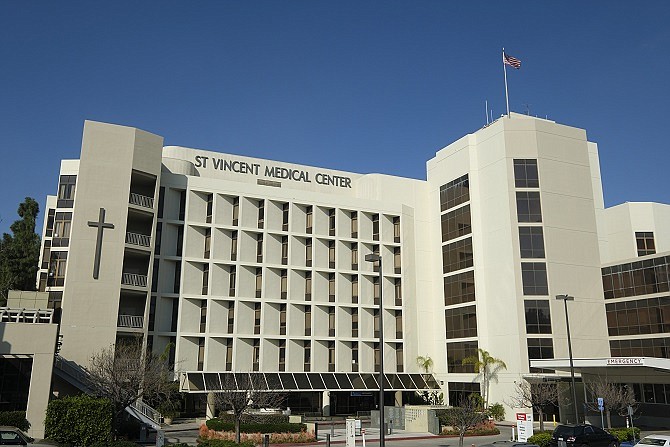 A family foundation set up by billionaire Patrick Soon-Shiong has submitted an offer to buy the recently shuttered St. Vincent Medical Center in Westlake for $135 million.

The deal was set for formal presentation and review in an April 1 conference call before Bankruptcy Court Judge Ernest Robles. A deadline of April 3 was set for any competing bids.

Robles scheduled an April 22 hearing to consider the Soon-Shiong foundation bid and any other offers. The judge must then rule on whether the deal should proceed.

If Robles approves the deal, it will close within five business days, according to the court filing.

A spokeswoman for the foundation said the nonprofit declined to comment further on its offer.

Soon-Shiong is a major creditor of Verity. His NantWorks family of companies is the majority owner of Integrity Health, which was formed in 2015 to manage Verity Health’s hospital system.

Soon-Shiong and NantWorks contributed more than $300 million to recapitalize Verity Health prior to the system’s August 2018 bankruptcy filing.

Verity Health announced on Jan. 6 that it would close St. Vincent by the end of that month. The 366-bed hospital — the oldest in Los Angeles, tracing its roots back to 1856 — shut its doors on Jan. 31.

But as the coronavirus pandemic began to spread in earnest in California in mid-March, the state announced an agreement with Verity to lease St. Vincent Medical Center in preparation for an expected surge of Covid-19 patients in the region.

The Chan Soon-Shiong Family Foundation indicated in separate court documents that it would honor the lease agreement with the state, according to the Wall Street

“We are all in this together, trying to break this pandemic,” Soon-Shiong told the Journal.

Separately, Verity reached an agreement on March 29 to sell two of its Bay Area hospitals — Seton Medical Center in Daly City and Seton Coastside in Moss Beach — for $40 million to AHMC Healthcare Inc., an Alhambra-based hospital operator, according to a court filing in the Verity