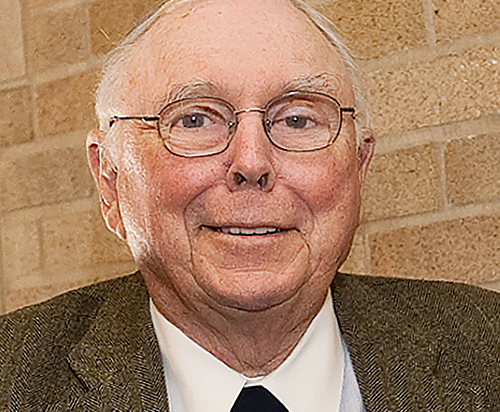 THE MONEY: Munger, a longtime friend and business partner of Warren Buffett, serves as vice chairman at Berkshire Hathaway. He helped point the company toward See’s Candies, which is considered one of the investment giant’s most important acquisitions. Munger is also a director at Costco Wholesale Corp. While his Berkshire Hathaway stock was nearly unchanged over the past year, his Costco shares saw an increase.

THE BUZZ: Munger is chairman of downtown-based Daily Journal Corp. He’s also chairman of the board of trustees of Good Samaritan Hospital in the Westlake district. In late 2018, Munger bought the 1,800-acre Las Varas Ranch on the Gaviota Coast for a reported $70 million and gifted it to UC Santa Barbara. The Omaha, Neb., native served in the Army during World War II, earned a law degree from Harvard and then moved his family to California. In 1962 Munger founded real estate law firm Munger, Tolles & Olson and later formed investment firm Wheeler Munger & Co.