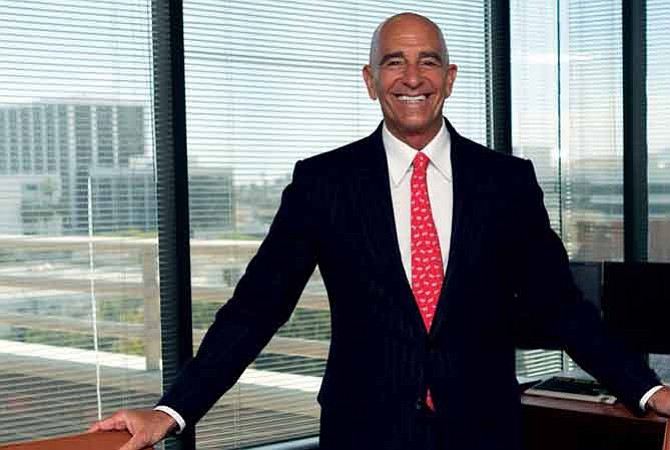 Call it a joint venture of two investors who have gotten rich through contrarian investments.

Colony Capital was founded by near-billionaire and longtime Donald Trump confidante Tom Barrack; Equity Group Investments was founded by billionaire and former Los Angeles Times owner Sam Zell. Both men made their fortunes with contrarian real estate investments. Zell is known locally for his brief but disastrous tenure as owner of the Tribune Co., which owned the Los Angeles Times. Less than a year after Zell assumed ownership of Tribune, the media company filed for Chapter 11 bankruptcy protection.

The joint venture, known as Alpine Energy Capital, was initially launched last year by Colony Capital under the name Colony HB2 Energy. With the new capital infusion from Zell’s firm, this rebranded Alpine Energy will be headquartered in Houston. Financial terms of the transaction were not disclosed.

Zell, Equity Group chairman, said in the announcement, “The energy sector is being impacted by a shortage of capital, which is a direct result of the sector’s previous performance and investors’ inability to earn a return. We have long history in investing in dislocated situations, of which this is an example.”

When it was still known as Colony HB2 Energy, the new private equity venture’s signature deal was $500 million in financing for Chatsworth-based California Resources Corp., with the first $320 million going toward the development of 275 wellheads at CRC’s Elk Hills oil field holdings in Kern County.

Tom Barrack, Colony Capital chief executive, said in the Sept. 10 announcement, “We could not be more excited to partner with a world-class investor like Sam Zell and Equity Group Investments. The industry conditions that helped create the opportunity we set out to capitalize on a year ago have persisted and only become more entrenched. We look forward to what we can accomplish together on behalf of our investors.”