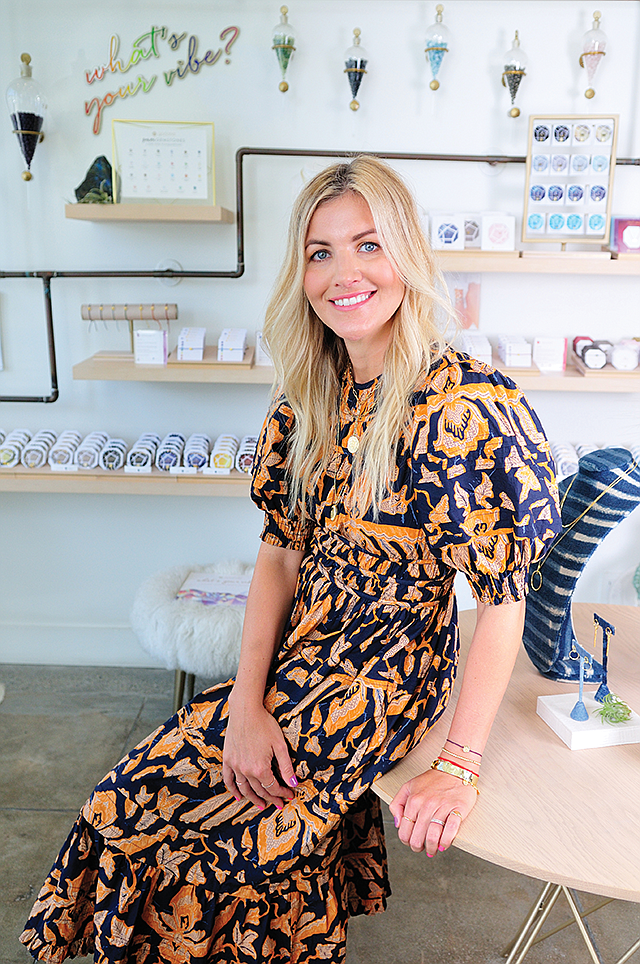 Gorjana Reidel, co-founder of Gorjana Jewelry Co., places a bar of white selenite crystal across her chest when she sleeps because the stone is thought to confer clearing and healing energy. Her success in integrating crystals, gemstones and birthstones into a self-designed line of delicate jewelry pieces meant to be mixed and layered is also crystal clear.

“I kind of feel like you should wear the jewelry; the jewelry shouldn’t wear you,” said Reidel during a conversation at the company’s Venice location. “And my concept behind layering is I want you to be able to create your own look.”

Reidel, whose first name and company moniker are pronounced Gor-ee-YAH-nah, partnered with husband, Jason Reidel, 15 years ago to create Gorjana as a wholesale jewelry supplier. In 2016, the company, headquartered in Laguna Beach, opened its first brick-and-mortar store there and has since expanded to 11 locations in New York and California, including Century City, Glendale and Venice. The newest location, in Malibu, opened in early August, and a Scottsdale, Ariz., store is scheduled to open in November.

The company plans to continue its national rollout with new locations in 2020.

Whatever the location, Reidel insists on a Laguna Beach-style vibe. Indigo-dyed Shibori cloth pillows and necklace stands echo the blue of the sea. Although the beach shows in her stores, she described her personal style as “boho city,” blending California sun and surf with a New York edge.

Jewelry items range from $30 to $130, and despite the modest price, Reidel, who began her career working for a fine jewelry designer, insists on real stones in gold- or silver-plated settings. With few exceptions, the company will replate the gold or silver if it becomes damaged.

“It’s not costume,” she said. “Maybe I am not using a quality gemstone, but I still think it’s just as beautiful. It’s about real. Crystals do have different properties. It’s important that we use authentic (stones).”

Reidel takes her crystals seriously, offering visitors to the stores a chance to pore through “The Crystal Bible” or the jewelry company’s own publication, “What’s Your Vibe?”

“I like to read and constantly learn and educate myself — there are so many different crystals and so many properties that they carry,” she said. “I think that crystals carry energies, but I also feel it’s mind over matter.”