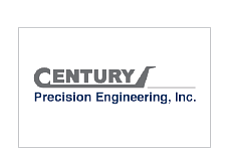 Century Precision Engineering, Inc. is a privately held company in Gardena and is a single location business. A family-owned business categorized under the machine shops classification, it manufactures precision machined products and tooling assemblies for commercial and military aerospace. It was established in 1989 and incorporated in the state of California. The company has a staff of approximately 25.

Century Precision Engineering has received many accolades over the years, including being named Northrop Grumman Supplier of the Year in both 2008 and 2010; and the award for Boeing Performance Excellence in 2011, 2012, 2013, 2014 and 2015.