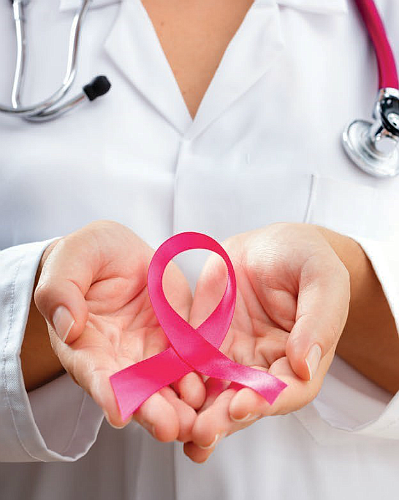 What you need to know and how you can help

Thanks to earlier detection –through screening and increased awareness— and better treatments, a woman’s risk of dying of breast cancer dropped 38 percent between the late 1980s and 2014, translating into 297,300 fewer breast cancer deaths during that time.

However, there’s much more to be done. Breast cancer is still the second leading cause of cancer death in women. Only lung cancer kills more women each year. And there remains a large racial gap in mortality, with African-American women having 42 percent higher death rates compared to whites. The chance that a woman will die from breast cancer is about 1 in 37 (about 2.7 percent).

If you or someone you love is concerned about developing breast cancer, have been recently diagnosed, are going through treatment, or are trying to stay well after treatment, the American Cancer Society can help you find the answers you need.

The American Cancer Society’s estimates for breast cancer in the United States for 2017 are:

• About 252,710 new cases of invasive breast cancer will be diagnosed in women.

• About 63,410 new cases of carcinoma in situ (CIS) will be diagnosed (CIS is non-invasive and is the earliest form of breast cancer).

• While black and white women get breast cancer at roughly the same rate, black women are more likely to die from it.

At this time, there are more than 3.1 million people with a history of breast cancer in the United States. (This includes women still being treated and those who have completed treatment.)

• Growing evidence suggests that women who get regular physical activity have a 10%-25% lower risk of breast cancer compared to women who are inactive, with stronger evidence for postmenopausal than premenopausal women.

What You Can Do to Help

From investing in research, providing free rides to treatment, giving insurance advice and providing a free place to stay during chemotherapy, the American Cancer Society is attacking cancer from every angle.

Join ACS and help save lives from breast cancer: Fundraise and participate in one of more than 250 Making Strides events or participate virtually at makingstrideswalk.org.