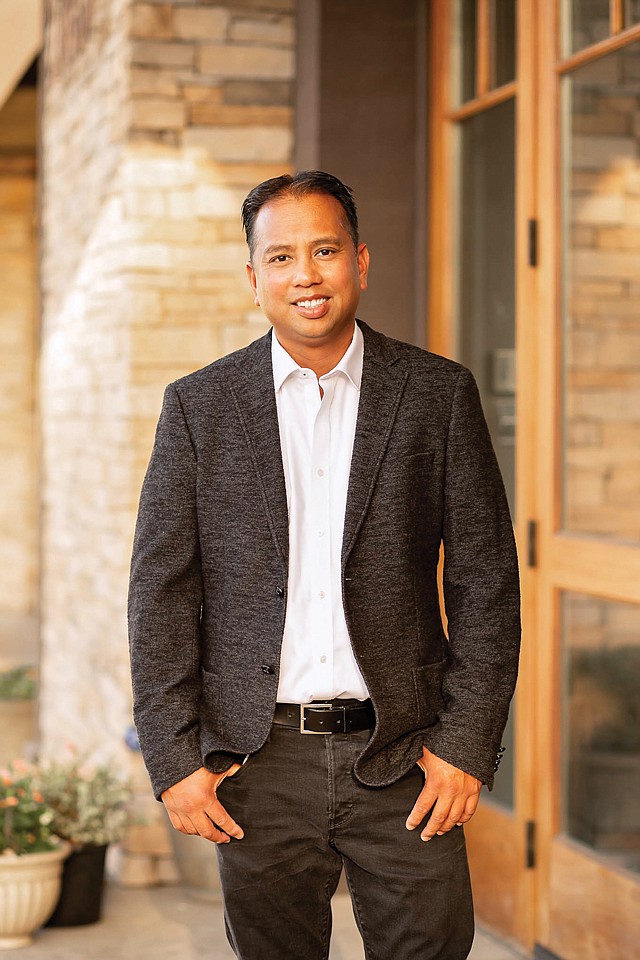 Whenever Carlos Sajor gets stuck in traffic behind a tractor-trailer, he marvels at drivers who try to swerve around the 18-wheel, 80,000-pound giant.

“Most people are annoyed that they’re there, but I have respect for them,” Sajor said. “All those guys are working, earning an honest wage, and those trucks are moving goods that we use daily.”

Sajor should know — chances are the chief executive of Integrity Cargo Solutions Inc. brokered the deal to get the load on the truck in front of him. The Cerritos-based third-party logistics company operates like a middleman, matching people looking to ship their product nationwide with available truck operators.

“We deal with all types of industries, but recently, our primary focus has been in the food-and-beverage and cosmetic industries,” Sajor said.

He founded the company in 2012 with his business partner Ferdinand Patam, but they didn’t start taking assignments until 2016.

“We were working as agents for a different company, but we had the vision to start doing what we were doing for that company for ourselves,” Sajor said. “So, we got the ball rolling and (completed) all the formalities, but it took us a couple years before we got the guts and the funding to actually start on our own.”

The move appears to be paying off. In 2016, Integrity Cargo’s first year in business, the company posted $440,000 in revenue, booking nearly 100 cross-country trips.

Sajor said he and his partner are not sure what’s in store for the company five years down the line.

“The conversation has been either, A, do we scale what we can organically and see where it takes us, or B, do we enter the (venture capital) world and scale to VC level and then sell,” he said. “A couple of VCs have reached out to us, and we’ll see what offer they have or what they can do for our company.”

The two-year uptick in revenue was not a smooth ride.

First, there was a cash-flow issue. The niche business, Sajor said, is “payables heavy.”

“The drivers want to get paid within 30 days,” Sajor said. “So, if you do a truckload from here to New Jersey, you’re looking at $5,000. And if you do that a hundred times a month, you have to pay out $500,000 in 30 days to your drivers. The balance can get quite heavy. And if you run out of cash and you can’t pay them, you’re going to be pretty much excommunicated, and you’re out of business.”

Sajor and Patam partnered with a Texas- based funding company to bridge the temporary gaps. With a leased office and no inventory, the partners had “signed over ourselves, but that was the only way for us to get started.”

Next came the back-office challenge. Sajor and Patam met while working at a bank, honing their sales and communication skills until a customer poached them to handle third-party logistics for his company in the early 2000s. By the time they ventured out on their own, they felt they knew “the ins and outs of the industry,” and were primarily focusing on scaling their business.

“What we didn’t realize is how big of a job accounting was,” Sajor said. “We’re doing, on a heavy month, about 600, 700 transactions. Well, with each of those transactions, you’re looking at 700 payables and 700 invoices we have to receive.

“And then you have to collect on the money, and then you have to pay all those bills,” Sajor added. “That alone is two or three positions that we didn’t actually consider. We thought, us as entrepreneurs, we’re going to be able to handle that, but a couple of months in, you just realize how much accounting becomes a major part … and takes away from our main focus.”

Third-party logistics has a relatively low margin. Integrity Cargo’s agents make money by finding the cargo that needs to be moved, securing the contracts, then finding a driver or a trucking company that would deliver it for less than what the goods’ owner is paying for transportation. Closing the deal is often all about relationships.

“We typically know the industry averages in terms of the resale market, and then we try to buy down as low as possible based on the relationship we have with our carriers,” Sajor said.

Most assignments are posted on several online boards or exchanges where truckers for a small monthly fee can find loads offered by manufacturers or brokers on routes they usually drive.

For a bigger monthly fee, a driver can get an average rate his competitors are getting paid for a similar route while manufacturers and brokers can see if their posting is getting traction and adjust their offer accordingly.

When Sajor and Patam started in the industry in the early 2000s, the deals were mostly done over the phone. Technology has made the booking process easier and somewhat transparent, but at the cost of a personal touch, Sajor said, adding, “We’re still the old school.”

“The only guarantee that we give our customers is that there is going to be a problem in transportation, whether the shipment’s late or something breaks,” he said. “We’re who you reach out to when there’s a problem.”

And sometimes that means running interference for the truck drivers.

“What really gets me is the driver’s very unappreciated,” Sajor said. “Because when he gets to the pickup location, the customer’s already upset. So, the driver’s getting (grief), and he gets the load and brings it up to, let’s say, Canada, and the receiver is already (mad). ‘Oh you’re late.’ ‘You know, there’s a snowstorm.’ ‘I don’t care. I needed this product yesterday.’ This driver is going through hail and storms and trying to get his product to the customer, and nobody sees it that way.”