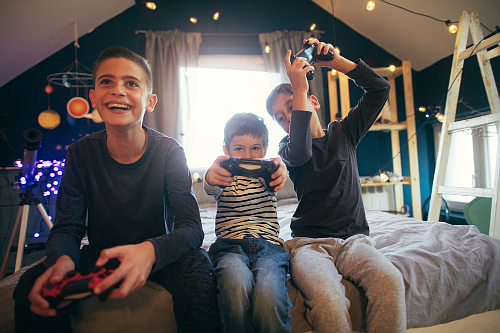 JDRF, the leading global organization funding type 1 diabetes (T1D) research, is announcing a new fundraising effort in partnership with the video game industry. Spearheaded by the nonprofit’s San Francisco Bay Area chapter, JDRF Game2Give will kick off this November with support from Twitch and Humble Bundle.

The video game community has already donated $1 billion to charity across various initiatives, and that number keeps growing. JDRF Game2Give aims to capitalize on this fundraising potential by bringing together all types of people with T1D who work and play with video games—including game developers, professional streamers, and gamers—and by mobilizing this community to raise money and awareness for diabetes research.

“In our quest to end type 1 diabetes, JDRF is always looking for new avenues for fundraising. The video game community has the potential to take our mission progress to a new level,” said Aaron J. Kowalski, Ph.D., JDRF President and CEO. “We’re excited to launch Game2Give with our November fundraisers during National Diabetes Awareness Month and believe this initiative will contribute to our goal of funding T1D research and ultimately finding cures for the disease.”

Coinciding with National Diabetes Awareness Month in November, JDRF is launching Game2Give with two major fundraising events. As a featured charity on HumbleBundle.com, JDRF will receive a percentage of sales made through the site in November. Additionally, a weeklong fundraising drive will run on Twitch.tv from November 12–18, bringing together members of the video game community affected by diabetes to raise money for JDRF while livestreaming games and sharing their experiences living with T1D.

“It will be invigorating to watch the Twitch community—who love helping others on a global scale—use a fun and creative approach to help JDRF battle type 1 diabetes, a disease that affects millions worldwide,” said Andrew Schroeder, Director of Charity Partnerships at Twitch.

To support Game2Give’s efforts, JDRF is seeking to connect with allies in the video game industry who have T1D or have links to the disease.

“Type 1 diabetes can affect anyone, including people who play games and people who work in the game industry,” said JDRF’s Video Game Liaison Dan Connors, whose son has T1D. “Game2Give isn’t only about raising money. It’s also an opportunity for us to help people who have T1D and like video games to find each other, have fun together, and provide support for each other.”

Type 1 diabetes (T1D) is an autoimmune disease in which a person’s pancreas stops producing insulin, a hormone that enables people to get energy from food. It occurs when the body’s immune system attacks and destroys the insulin-producing cells in the pancreas, called beta cells. While its causes are not yet entirely understood, scientists believe that both genetic factors and environmental triggers are involved. Its onset has nothing to do with diet or lifestyle. There is nothing you can do to prevent T1D, and—at present—nothing you can do to get rid of it.

Information for this article was provided by the JDRF. JDRF is the leading global organization funding type 1 diabetes (T1D) research. Its mission is to improve lives today and tomorrow by accelerating life-changing breakthroughs to cure, prevent and treat T1D and its complications. To accomplish this, JDRF has invested more than $2.2 billion in research funding since its inception. To learn more about JDRF Game2Give or get involved, visit jdrf.org/gaming or reach out at gaming@jdrf.org.