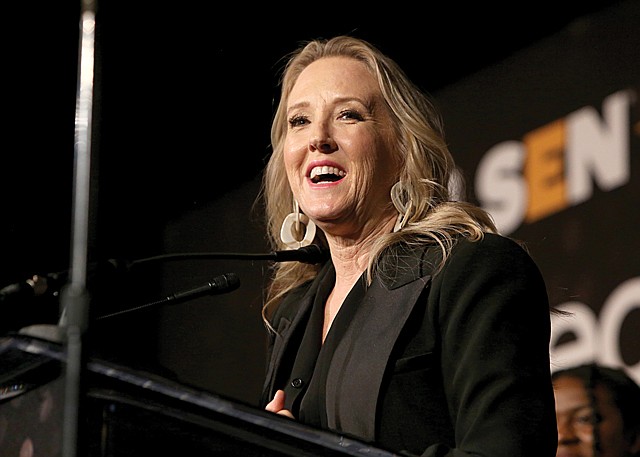 Los Angeles didn’t make the final cut when Amazon.com Inc. was choosing a city for its second headquarters a couple of years back, but the online retailer’s local footprint is already substantial — and it continues to grow.

Amazon is currently looking to fill 225 positions in Santa Monica and several dozen in Glendale and Manhattan Beach.

Amazon Studios, the online retailer’s content development and production arm, debuted in 2010. It operated from two Sherman Oaks offices before moving into a 75,000-square-foot space at the Water Garden complex in Santa Monica in 2013. The team — led by Jennifer Salke — sources, develops and produces original series and films to be made available to Amazon Prime members globally.

In 2017, Amazon Studios became the first streaming service to win an Oscar — actually, three Oscars. The Academy recognized “Manchester by the Sea” for best screenplay and best actor, and “The Salesman” as best foreign language film. Recent notable releases from the studio include “Beautiful Boy” and the Academy Award-nominated “Cold War.”

Amazon Studios, which employs about 1,000 workers, plans to expand its presence in Culver City where it occupies 280,000 square feet at Hackman Capital Partners’ Culver Studios complex, scheduled for completion in 2021. Teams headed there include Prime Video, Amazon Music, IMDb and Worldwide Advertising.

In July, Amazon moved into the Culver Steps, a nearby 80,000-square-foot mixed-use development.

Also relocating from Santa Monica is Ring, which Amazon purchased in 2018 for $1 billion. The smart doorbell company is headed for Hawthorne. Founder Jamie Siminoff remains at the helm and has also helped shape Amazon’s Alexa Guard security product.

Amazon also has an outpost in Manhattan Beach, where it is looking to fill software development positions on the Amazon Alexa team, and Glendale, where its team handles Amazon Web Services duties.

Amazon posted $193 billion in product and service sales for the nine-month period that ended Sept. 30, up 20% from a year ago while its net income was $8.3 billion.

Jeff Bezos founded Amazon in 1994 in Bellevue, Wash., as an online bookstore. Three years later, it began trading on Nasdaq at $18 per share, for a valuation of $300 million. Amazon’s offerings expanded over time to include CDs and DVDs, electronics, toys, kitchenware and clothing.

In 2005, the company debuted Amazon Prime, a loyalty program that comes with free two-day shipping that at the time cost $79 a year. And in 2007, Amazon introduced the Kindle electronic reading pad.

While its Kindle subscription offerings have grown, so has its Prime membership fee. The cost of the annual Prime membership jumped to $119 in 2018, but that hasn’t scared off customers, and the company continues to grow through its multifaceted business models and partnerships.