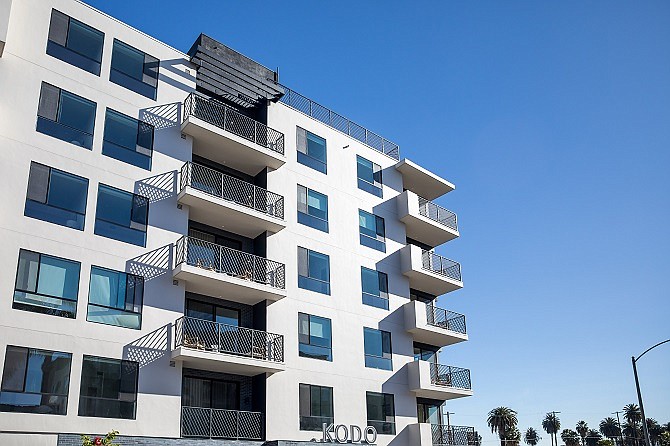 Kodo, a 60-unit property in Koreatown, is the latest multifamily sale in the desirable submarket.

Kodo was built in 2018 and has a fitness center, rooftop lounge and a common area. At the time of the sale, roughly half the units were leased as short-term furnished rentals.

“Kodo is well located in Koreatown and attracted strong interest from the market,” Lustig-Bower said in a statement.

Paydar said the building’s mix of short-term and furnished rentals “provides a rental rate premium that set it apart from other assets in the area.”

Kodo isn’t the only recently built multifamily property to sell in Koreatown.

Earlier this year Equity Residential purchased Next on Sixth for $189 million. Century West Partners built the property in 2017. It has 398 units, a swimming pool, four roof decks, a yoga room and a business center.

Koreatown-based developer Jamison is also betting big on the area with more than 1,000 units in development.

Multifamily investment has a huge upside for investors. Over the last five years, multifamily housing gave a 9.2% return on investment, according to CBRE.