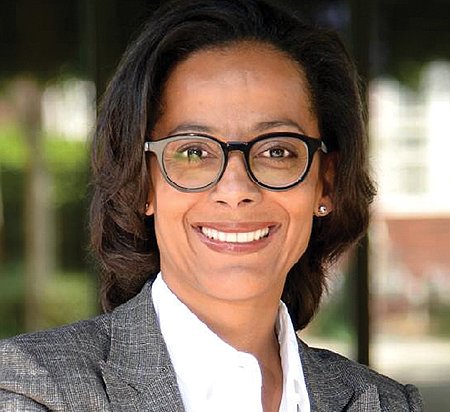 THE LATEST: Simril has been in charge of the LA84 Foundation since 2016. The organization, whose endowment was created with part of the surplus from the 1984 Los Angeles Summer Olympic Games, was set up to preserve the legacy of those Games by investing in youth sports programs, infrastructure, research and education in underserved communities across Southern California.

BACKGROUND: Prior to joining LA84, Simril was senior vice president and chief of staff to the publisher at the Los Angeles Times. She also spent three years with the Los Angeles Dodgers as senior vice president of external affairs. During the administration of Mayor James Hahn, she served as deputy mayor for economic development and housing. While working for City Councilman Mark Ridley-Thomas, Simril helped rebuild communities in South L.A. after the 1992 riots. She also served in the Army as a military police officer. She is a member of the Los Angeles Unified School District Advisory Task Force.