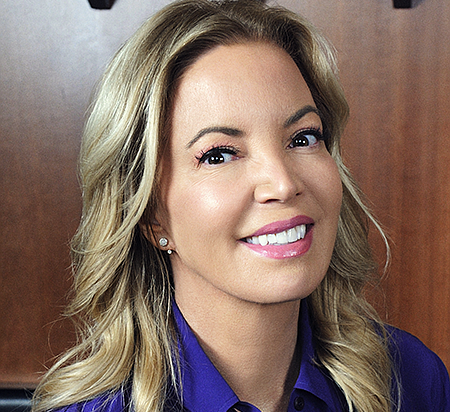 THE LATEST: After signing LeBron James as a free agent last summer, Buss’ Lakers suffered through an injury-plagued, roller-coaster season and failed to reach the NBA playoffs for the sixth consecutive year. That was followed by the surprise resignation of Earvin “Magic” Johnson as president of basketball operations and the firing of coach Luke Walton. But as the NBA’s marquee franchise, opportunity is always around the corner. Buss and the Lakers plan to pursue another elite free agent in the offseason to pair with James.

BACKGROUND: Jeanie and other members of the Buss family took over as Lakers’ owners following the 2013 death of her father, Jerry, who owned the team for more than 30 years. Before that, Jeanie spent 14 years as the Lakers’ executive vice president of business operations. She is responsible for all aspects of the Lakers organization, including marketing, sponsorships and broadcast partnerships. Buss worked with her brother Jim to oversee the team’s operations until 2017, when she replaced him as head of basketball operations with Johnson.