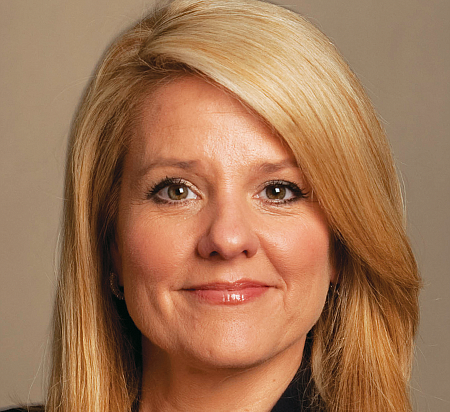 THE LATEST: In March SpaceX successfully docked an unmanned capsule, designed to carry a crew, at the International Space Station, putting the aerospace company one step closer to completing a crewed launch to the ISS – the first in over a decade. Shotwell manages day-to-day operations for the $28 billion company, which employs more than 6,000.

BACKGROUND: Shotwell joined SpaceX in 2002 as vice president of business development and employee No. 7. She began her career in 1988 at the El Segundo research center of Aerospace Corp. where she worked in military space research and development, specifically in thermal analysis. From there she joined rocket-builder Microcosm Inc. where she was director of the space systems division. Shotwell earned bachelor’s and master’s degrees in mechanical engineering and applied mathematics from Northwestern University.

WORTH NOTING: Shotwell told an audience at a space symposium last year that she expected SpaceX to be taking people to Mars by 2024.