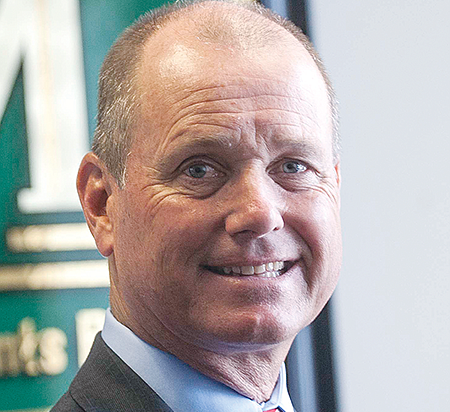 THE LATEST: Walker welcomed two new board members to Farmers & Merchants after retirements left vacancies in the bank’s leadership ranks. In January, JoAnn Bourne and Christine Scheuneman were elected to replace William Hayter and Timothy Jackert, who served 31 and 13 years, respectively.

BACKGROUND: Farmers & Merchants Bank was founded by Walker’s great-grandfather, C.J. Walker, in 1907. He held nearly every position at the company before being named chairman in 2003 and chief executive in 2012.