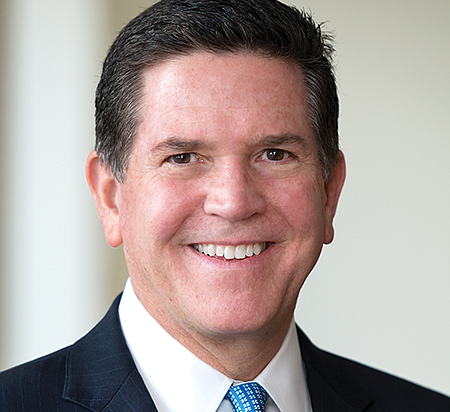 THE LATEST: Graziano oversees corporate strategy for JPMorgan Private Bank. In the past 12 months, Graziano has joined the Leadership Council for the International Medical Corps and the board for the Los Angeles Business Council. He has also led JPMorgan’s Private Bank practice expansion in Southern California with satellite office openings in Westlake Village and La Jolla.

BACKGROUND: Earlier in his career, Graziano spent 18 years with the Los Angeles Dodgers, serving his final six years as the club’s president and chief operating officer. He went on to join Northern Trust where he worked as a managing director until joining JPMorgan in 2013.

WORTH NOTING: Graziano serves on the board of the Los Angeles Sports and Entertainment Commission and helped lead L.A.’s successful bid for the 2022 Super Bowl. He serves as an advisory board member of the USC Sports Business Institute. He is the past chairman and current board member of the LA84 Foundation, which is endowed with the surplus from the 1984 Olympic Games.

Correction: An earlier version of this story misstated projects Graziano had been involved in.