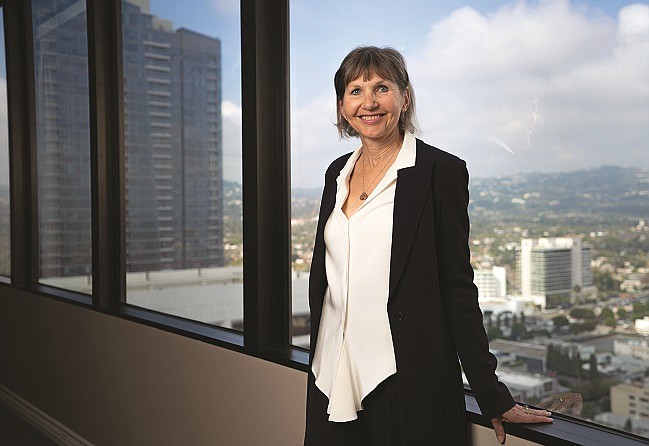 Bharat Desai built Syntel out of his Troy, Mich., garage and into an information technology company that raked in nearly $1 billion in annual profits and employed 23,000 people across the world.

Desai wanted to cash out, but he also wanted a buyer who would stick with his vision for Syntel.

Atos, a French conglomerate hungry to expand its U.S. presence, became the desired acquirer and sought a period to become the exclusive bidder.

Ressler advised the Syntel board, including on the decision to grant Atos an exclusivity period to bid, which could maximize the price Atos was willing to pay.

The result was that Atos would pay $3.4 billion in cash to acquire Syntel while largely continuing the company’s current operations.

“We achieved a deal that was materially higher in value than what the client had anticipated at the start of the process,” Ressler said.

Atos announced the deal in July, and it closed in October.

She has worked on mergers and acquisitions since 1983, and is the head of Sullivan & Cromwell’s Global Private Equity Group.

And besides brokering one company buying or selling another, Ressler can spearhead investment rounds (like $1 billion raised in January for Verily Life Sciences, an Alphabet Inc. subsidiary), or the arrival of new investors (like Alibaba Group Holding Ltd. cofounder Joe Tsai buying a 49 percent stake in the Brooklyn Nets, a National Basketball Association franchise, announced last year.)

Ressler works on multiple deals at once, leading a team of 20 to 25 attorneys for each transaction.

“She is a skillful symphony conductor,” said Arie Belldegrun, who worked with Ressler on selling his former company, Kite Pharma Inc., for $11.9 billion to Gilead Sciences Inc. in 2017.

Ressler said of her legal squad: “You need a tax team; you need a team with expertise on employee benefits, an intellectual property team involved. Then you’ll have specialists in other areas including environmental.”

Ressler’s job can vary from deal to deal. She is often “responsible for the drafting or negotiating of all the documents setting forth what the parties have agreed upon,” Ressler said.

Ressler also must identify anything that could go wrong, especially in a world of closed-door boardroom meetings, careful language and staggering sums of money.

“I want to make sure my client understands what their duties are, and what the risks are, what might happen, and how they could be judged,” Ressler said.

“You need to make sure they do things completely properly and aren’t embarrassed publicly,” she added. “Your reputation, once impaired, is awfully difficult to fix.”

One matter Ressler handled that is making public waves is her representation of RentA-Center Inc. The Plano, Texas outfit was to be acquired by Vintage Capital, an Orlando, Fla.-based private equity company.

Rent-A-Center, though, claimed in December that Vintage Capital breached its contract by not extending the deal deadline. The household goods rental company sought to leave the deal, plus get a $126.5 million break-up fee.

Vintage Capital sued, and the dispute went to trial in February in Delaware chancery court. Ressler testified in her capacity as RentA-Center’s principal negotiator in the merger agreement.

“It’s a very unusual situation,” Ressler said, adding that she believes Rent-A-Center will prevail due to the plain language of the contract she helped to draft.

Ressler brokered a deal in which Gilead Sciences bought Kite for $11.9 billion, even as the company was still waiting on Food and Drug Administration approval for its cancer therapy drugs.

Belldegrun, Kite’s founder, said he approached Ressler after Gilead made an initial offer to buy the company.

“She had a reputation for getting deals done,” said Belldegrun, who is now executive chairman at Allogene Therapeutics Inc.

Belldegrun said he worked intensively with Ressler for over a year on completing the transaction.

The health care executive complimented Ressler for understanding not just the legal issues of a possible sale, but also the science behind the company’s drug development and the FDA approval process.

“She was on top of everything,” Belldegrun said.