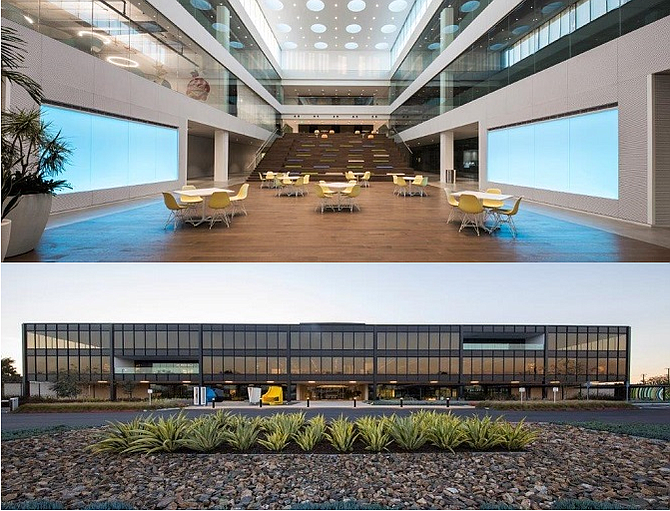 It is the third time Madison Partners has sold the building. In addition to offices, it has a three-story atrium, a fitness center, conference rooms and a cafe.

"It had recently undergone a major, complete renovation. ... It's effectively a brand-new building," Case said.

The current owners bought the property as a vacant building and spent two years renovating it. It's now 72% leased. "There's not much to do other than lease up the remaining 28%," Case said.

He added that Westbrook Partners and Embarcadero Capital Partners bought the building as a value-add property that they intended to hold for five years. They'd planned to put it on the market this fall but decided instead to accept an off-market offer.