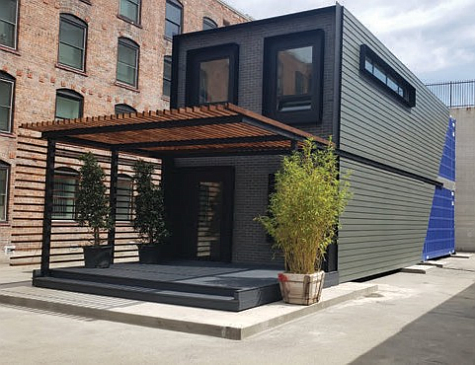 Housing: it’s the issue on every Angelenos’ mind. From local leaders and city staff, to community advocates and residents, we’re all acutely aware of the drastic housing crisis – especially with the recently released 2019 homeless count indicating a staggering 16 percent jump in homelessness in the city.

With so many people focused on affordable housing, it may come as a surprise that one of the issue’s biggest champions and most innovative problem solvers is a luxury real estate developer.

Relevant Group is one of the largest independent luxury lifestyle hotel development companies in Los Angeles. The developer is currently responsible for the revitalization of what has been dubbed the “Vinyl District” in Hollywood – a reimagining of the neighborhood as Los Angeles’s answer to New York City’s Meatpacking District, a hub for dining and entertainment that will include a mix of chic hotels, restaurants, nightlife destinations, and other projects, including Relevant Group’s own Dream Hotel, Thompson and Tommie Hotels, and the Citizen News Building event and dining space.

While Relevant Group’s portfolio may at first glance appear to make the developer an unlikely ally in the push to build more affordable housing – especially when luxury development is often framed as the antithesis of affordability in the public narrative – under the leadership of Managing Partners Richard Heyman and Grant King, Relevant Group stands at the forefront of delivering innovative solutions to Los Angeles’s housing crisis.

Relevant Group’s foray into affordable housing started with the purchase of two hotel properties in Downtown Los Angeles – the Morrison Hotel, a 450-room hotel, 135-condo project in an iconic 100-year-old building, and the historic 145-room Hotel Barclay. Heyman and King set out to renovate and rehabilitate these landmark properties to put them back on the map as sophisticated destinations that embody the vibrant spirit of their Downtown Los Angeles locations.

Though hospitality projects like the Morrison and Barclay are Relevant Group’s bread and butter, it was through working on these projects that Heyman and King first forayed into affordable housing. Both properties had single room occupancy covenants placed on a building, which required Relevant Group to build new housing units to replace any that were lost in the redevelopment within a certain radius of the properties in order to bring the projects up to market rate. This effectively meant that Relevant Group was required to build around 260 affordable housing units near the sites of the projects.

With their deep background in hospitality, the legal obligation to build new housing units presented a new challenge for Relevant Group. But Heyman and King are no strangers to challenges.

This wisdom was central to how they approached the issues they saw with affordable housing development. As they began researching and formulating a plan for how to deliver the new housing units to market, they quickly realized that the entire affordable housing construction process was desperately in need of a revolution. The pricing to deliver units to market was nearly $500,000 – which was, in Heyman and King’s opinion as construction and development experts – far too expensive. So naturally, they decided to get creative.

Heyman and King met with nonprofit affordable housing developers and leaders to educate themselves, and to try to understand what inefficiencies could be corrected for. Relevant Group set up a funding mechanism through a nonprofit developer to build new projects themselves. They also set out to learn how they could deliver new housing units for less, as well as gain a deep understanding for the various entitlement incentives that the city provides affordable housing developers, and how they could maximize those incentives to get projects to better pencil out.

Through this, Heyman and King realized that there was an opportunity to not only satisfy their requirement to build new housing units, but to roll out an affordable housing platform for profit that could help implement innovative solutions to satisfy the unquenchable demand for housing not only in Los Angeles, but across the country. That came to fruition with the launch of Relevant Living: Relevant Group’s affordable housing arm.

In this respect, Heyman and King were able to turn what was once an obligation – to build new housing units – into an opportunity. One of the most exciting ventures that have emerged as part of this process has been their foray into modular construction.

In order to scale and build the thousands of affordable housing units that Heyman and King intended to – and which Los Angeles desperately needs – they decided to explore new, innovative ways to build housing and deliver it to market. Construction needs to be faster, less expensive and more efficient to make it even remotely possible to build the over 500,000 new affordable housing units that it’s estimated the city needs to meet demand.

As Heyman and King learned more about prefabricated modular construction, they discovered that it was the perfect solution, that would allow them to deliver housing units more efficiently, faster and cheaper. With this knowledge, Keyman and King decided to dive in, launching RMOD – Relevant Group’s modular construction arm. Through RMOD, Relevant Group set out not only to use prefabricated modular construction in building their own affordable housing projects in Los Angeles, but also to manufacture modular units and launch a business that could supply units to other developers.

Relevant Group was the first developer to have a replacement housing plan approved by the Community Redevelopment Agency (CRA/LA), the Los Angeles agency dedicated to revitalizing, refurbishing, and renewing economically underserved areas. Their first three affordable housing projects – a 150-unit project on Skid Row, a 150-unit development in Downtown Los Angeles and a 200-unit project in Hollywood – are set to start construction in fall of this year.

Heyman and King refuse to be boxed in, and are always willing to take creative approaches that push the envelope. And this entrepreneurial spirit is helping them realize their vision: redefining and revitalizing entire neighborhoods for the betterment of our city and all Angelenos.

Information for this article was provided by Relevant Group. Visit relevantgroup.com for more information.