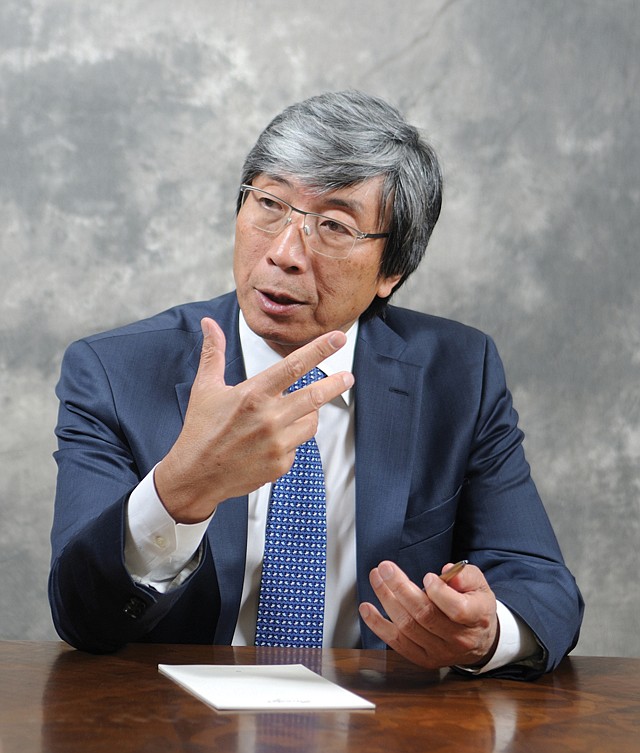 One year after Patrick Soon-Shiong bought the Los Angeles Times, he continues to tussle with a newly unionized staff, with no timeline for reaching an initial collective bargaining contract.

The latest conflict between Soon-Shiong and the Los Angeles Times Guild concerns potential successorship to Soon-Shiong, the biotech billionaire who closed his purchase of the Times, the San Diego Union-Tribune and other papers from Tribune Publishing Co. in June 2018 for $500 million.

Soon-Shiong bought the Times four months after the newsroom formally voted to unionize, a first in the newspaper’s 137-year history.

The guild, which represents approximately 475 employees, according to guild vice chairman Matt Pearce, wants any agreement to include language that the deal would remain effective were Soon-Shiong to sell the Times.

“It would mean a great deal to us just in case he had a change of heart and we are sold to another owner such as Alden Global Capital,” Pearce said, referring to the New York City hedge fund, which has a majority stake in newspaper company Digital First Media Inc., and a reputation for cutting labor costs.

Times Executive Editor Norman Pearlstine responded earlier this month to the Guild’s most recent demand with a memo to union members. He said any contract would be in effect following an ownership change, but also noted a new owner would be permitted to bargain for a new contract.

None of these disputes have been resolved, and there is no deadline for when a collective bargaining agreement must be reached, according to Pearce and Hillary Manning, a spokeswoman for the Times.

Observers said the contract talks are notably long, but the multiple conflicts are not too unusual since there is both a new union and a new owner.

“Oftentimes, first negotiations take a while, given that almost everything is on the table,” said Ken Doctor, author at the Niemen Journalism Lab at Harvard University.

Still, the Times negotiations may not be following traditional collective bargaining models.

Pearce mentioned walkouts in the last year by unionized employees at Vox Media Inc. and Thrillist Media Group Inc. as examples of labor overtly resisting the business strategies of media companies. “People in newsrooms have been getting more militant over addressing their working conditions,” Pearce said.