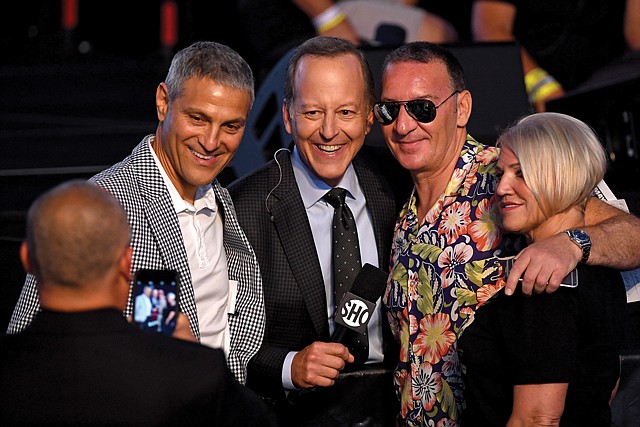 Endeavor Group Holdings Inc.’s move to go public has revealed the talent agency and content producer’s reliance on a once obscure sports league and the risk that investment may pose.

An estimated 10% of Endeavor’s 2018 revenue was attributed to Ultimate Fighting Championship Ltd., which stages and promotes mixed martial arts fights around the world. Endeavor holds a 50.1% stake in the company, with private firms Silver Lake Partners and KKR & Co. Inc. each owning 22.9%, according to recent Endeavor filings with the Securities and Exchange Commission.

Endeavor’s reliance on revenue from the 28-year-old UFC may grow as entertainment and sports content replaces talent representation as Endeavor’s bread and butter.

Ariel Emanuel, Endeavor’s longtime chief executive, singled out UFC in a May 23 note to prospective shareholders as a critical part of Endeavor’s effort to reshape the “ever-evolving definition of content.”

UFC, however, is facing labor tensions that could have a far-reaching impact.

The league is defending itself in a class-action antitrust lawsuit brought by mixed martial artists who participated in league-sanctioned fights over the past 10 years. The fighters claim UFC suppressed their wages through unlawful, anti-competitive practices.

In Securities and Exchange Commission filings related to its ongoing attempt to register as a publicly traded company, Endeavor said the lawsuit could materially affect its financial position.

Observers said the suit may be a reckoning for the mixed martial arts league, and it represents another key labor dispute for Endeavor, which is already in a battle with Hollywood writers.

“The lawsuit could change UFC’s business and contracting practices, which would result in more revenue sharing and greater freedom for the fighters,” said Andre Barlow, an antitrust lawyer at Doyle Boyle & Mazard in Washington, D.C.

Paul Gift, a sports economist at Pepperdine University specializing in mixed martial arts leagues, estimates that UFC fighters see about 15% to 20% of the sport’s revenue, a figure based on Moody’s and other credit ratings agencies’ reports and lender presentations. An April report from Moody’s Investors Services Inc. credit rating agency pegged UFC’s 2018 revenue at “well over $600 million.”

The revenue percentage for UFC fighters is in major contrast to athletes in other professional sports leagues including Major League Baseball, the National Football League, and the National Basketball Association. Those leagues usually split revenue 50-50 with players, said Gift.

Endeavor declined comment, stating they were under an SEC-mandated quiet period due to the public offering.

It might have been unthinkable a few years ago for Endeavor — best known as the parent of august talent agency WME — to acquire a mixed martial arts league where caged fighters kick and punch each other.

“The sport in the beginning was viewed as barbaric,” said Gift.

The perception of Ultimate Fighting Championship began to change with the 2005 debut of “The Ultimate Fighter,” a reality television series that awarded a UFC contract to the winning contestants. More recently, the emergence of star fighters including Ronda Rousey and Conor McGregor, gave UFC added star power and media presence, Gift said.

As UFC changed, so did Endeavor. Menlo Park-headquartered Silver Lake first poured money into Endeavor in 2012, an investment that coincided with Endeavor diversifying its business model to produce more entertainment and sports content.

Endeavor, Silver Lake and KKR purchased UFC together in 2016 in a $4.1 billion deal.

Endeavor netted $3.6 billion in 2018 total revenue, according to the filing, and turned a $231 million net profit after years in the red. The filing does not say how much UFC contributed to Endeavor’s profitability.

Moody’s estimated UFC’s revenue at more than $600 million for 2018, but that figure preceded the start of the ESPN contracts.

“UFC has clearly built a niche of passionate fans,” said Victor Matheson, a sports economist at College of the Holy Cross.

The lawsuit against UFC was filed in 2014 by a group of current and former UFC athletes including Cung Le and Jon Fitch.

The complaint alleged UFC had excessive market power in the competitive mixed martial arts industry. The league used its power, the athletes said, to coerce them into unlawful contracts — deals that prevented fighters from seeking work with rival companies that organize mixed martial arts fights.

The fighters also complained about signing clauses in which UFC received their lifetime publicity rights.

Similar lawsuits were filed by other current and former UFC fighters following the 2014 action, and in 2016 a Las Vegas federal judge consolidated the cases. The judge also denied a motion by UFC to have the complaints dismissed. The athletes “pled facts showing that the scheme is anticompetitive,” ruled U.S. District Court Judge Richard Boulware II.

The athletes are seeking class-action status, which would allow hundreds of current and former fighters to join the lawsuit. A hearing on that action is set for August. The suit claims UFC owes fighters $1.8 billion in damages.

UFC is trying again to have the case thrown out. The Endeavor public filing deemed the lawsuits “meritless.”

Outside observers were split on prospects for the case.

“Players in other leagues have won similar court cases in the past,” Matheson said. “Here, UFC clearly has a market dominance in the mixed martial arts realm and uses their market power to reduce fighter salaries.”

If UFC competitors are staying on the sidelines instead of challenging the industry leader, that could mean the league doesn’t hold as much control over the market as the fighters allege, Gift says.

But almost all observers see the lawsuit, combined with the scrutiny of Endeavor as it moves toward a public offering, as a sign the league’s labor practices will be tested — just as Endeavor’s WME is undergoing a labor dispute of its own with the Writers Guild.

Stephen Ross, an antitrust lawyer at Penn State University, predicted that if class status is granted to the athletes, “The result may well be to induce the UFC to work with the fighters to unionize.”