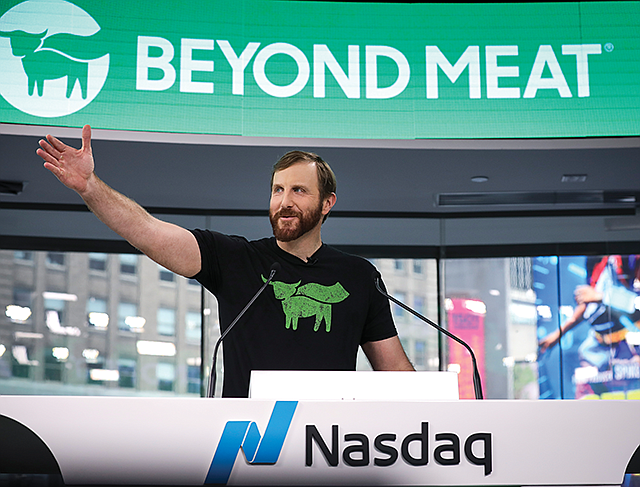 Shares of El Segundo-based Beyond Meat had surged to nearly $240 last week, up from $25 during its debut offering three months ago. But Beyond’s share price plunged below $200 after the July 29 earnings call.

The bigger damper on share price was Beyond Meat's announcement that insiders including Brown and Chief Financial Officer Mark Nelson were selling off a combined 3 million shares of common stock. Brown is selling 39,130 shares and Nelson 55,530 shares — a move that will bring the executives millions of dollars.

NPD found in the year ending in May about two-thirds of all growth in the plant-based burger sector had come from Beyond and Impossible. But competition is heating up.

“It's a $1.4 trillion industry,” Brown told investors. “Getting more players in that are willing to market and tell the story, I think, is really important.”

“We've got a tremendous lead in terms of distribution, in terms of brand awareness and a bigger innovation,” Brown said. “It is only going to get better.”