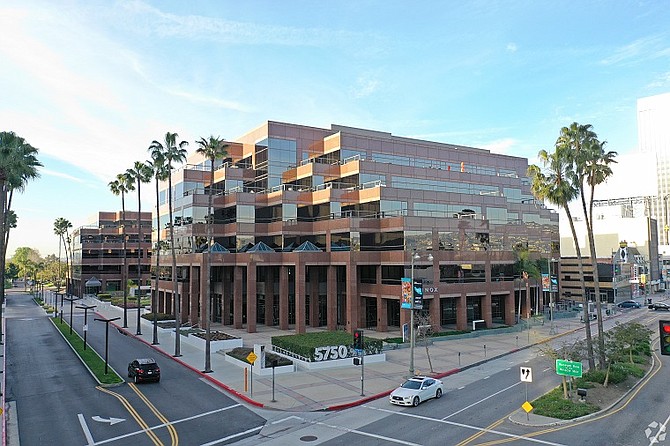 Coworking giant WeWork Cos. Inc. has signed a lease for more than 135,000 square feet across four floors at Wilshire Courtyard in Miracle Mile. The lease is WeWork’s 30th in L.A.

The Wilshire Courtyard location is the group’s first in the central L.A. neighborhood. The location is expected to open early next year.

Kley Sippel, general manager for WeWork in Southern California, described the building as "right in the heart of Miracle-Mile neighboring cultural landmarks including LACMA and the La Brea Tar Pits.”

Vacancy rates have been rising in the Wilshire Corridor area. In the second quarter, office vacancy hit 20.2% in the neighborhood while the Miracle Mile neighborhood specifically saw vacancy rates of 17.4% — both far higher than the county average of 13.8%, according to data from Jones Lang LaSalle Inc.

Canada-based Onni Group of Cos. purchased the Wilshire Courtyard, a two-building office campus with 1 million square feet, for roughly $630 million from New York-based Tishman Speyer Properties earlier this year. Tishman Speyer had purchased the building in 2012 for $423 million. It was built by veteran L.A. developer Jerry Snyder in 1987.

The office complex has been plagued by high vacancy rates. The properties were 59% leased at the time of the sale, according to CoStar Group Inc.

A major tenant of the property, International Coffee & Tea, which does business as The Coffee Bean & Tea Leaf, was planning to move its headquarters to the Baldwin Hills/Crenshaw neighborhood. The Business Journal was also a tenant of the Wilshire Courtyard for 25 years but relocated to the Sawtelle neighborhood earlier this month.

It has also leased the entirety of a newly built office building in the Irvine Spectrum Center, a large retail center in Irvine owned by the Irvine Co. The spot is 116,000 square feet, according to the Orange County Business Journal, making it the largest office lease in Orange County by square footage this year.