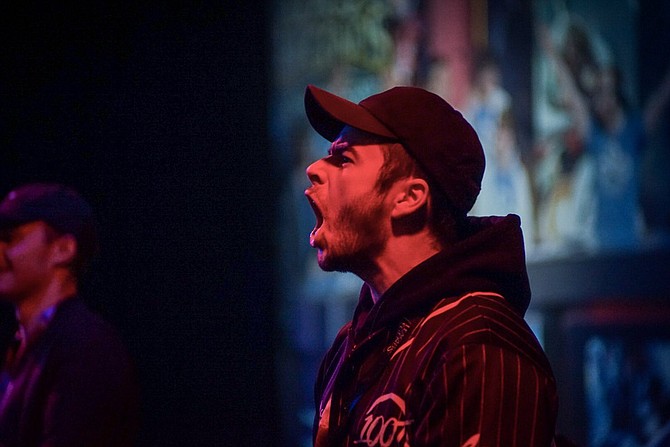 100 Thieves Founder and CEO Matthew Haag at an esports event.

Esports company and team manager 100 Thieves raised $35 million in a Series B round to fuel its expansion and the development of a new headquarters in Los Angeles.

New investor Artist Capital Management, which is based in New York, led the round. Algae Ventures, the investment arm of French holding company Groupe Arnault, joined as a new investor.

The latest fundraising round will help 100 Thieves develop a new 15,000-square-foot headquarters, which will house its staff of roughly 55 and include an esports practice space and a production soundstage that it plans to use for streaming matches, and distributing podcasts and other content.

A 100 Thieves spokeswoman declined to disclose the precise location of the new headquarters.

“We now have everything we need to be the biggest gaming and esports brand in the world,” 100 Thieves Chief Executive Matthew Haag said in a statement.

In addition to running a competitive esports team, 100 Thieves is a popular gaming accessory and clothing brand, and part of its new headquarters will house a retail storefront.

100 Thieves was founded in 2017 by Haag, a former professional gamer, and has raised $60 million to date. In October, “Degrassi” star turned rap mogul Drake contributed to a $25 million 100 Thieves funding round and became a company co-owner.

The establishment of a permanent headquarters makes 100 Thieves one of a handful of esports companies to establish a foothold in L.A. County in the last year though it is the only one to not include an esports arena.