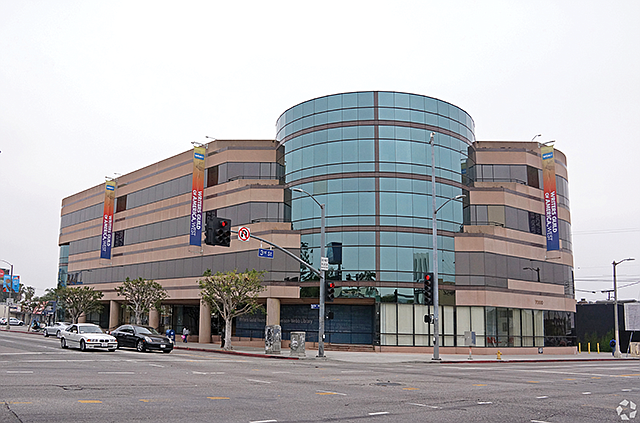 When the Writers Guild of America in April directed its 13,000 members to fire their agents, no one in Hollywood knew how long the writers would work without talent representation.

Three months and multiple lawsuits later, a possible timetable has emerged for a resolution: several years.

The screenwriters’ union is refusing to negotiate with the Association of Talent Agents, a group that represents most Los Angeles County-based talent agencies.

“We concluded that the ATA had become an obstacle to reach an agreement and that they do not speak for all the agencies,” said Tony Segall, general counsel for the Writers Guild of America West Inc.

Observers are skeptical of the legal argument. Still, the legal dispute could go on for a while, they say.

“The parties are so far apart that there has to be a judicial determination now, but that is going to take at least a few years,” said Neville Johnson, a Beverly Hills-based entertainment attorney who represents talent.

In the meantime, Hollywood deals are coming together in unorthodox ways. In some cases, the guild is working directly with studios and networks to find work for writers. In others, lawyers and managers are shouldering duties normally handled by talent agents.

The uncertainty could accelerate a rapidly changing business model for talent agencies as well as content producers, observers said.

The frenzy of lawsuits came after negotiations broke down over a new agreement dictating the relationship between writers and talent agents.

The conflict initially moved to the courtroom when the Writers Guild West and Writers Guild of America East Inc. filed a complaint in April saying that the talent agencies’ business practices were illegal.

The Writers Guild claimed that the big four talent agencies, which also include ICM Partners, violated their fiduciary duty to clients in negotiating deals on behalf of actors, directors and screenwriters as a group rather than individually representing writers — a strategy known as packaging.

The guild also called for an end to so-called affiliate productions in which the agency itself is the content producer or directly collaborates with an established production company. The union argued that this presents a conflict of interests.

ATA declined comment, stating its position was unchanged from a June 18 press release that declared, “It has become clear as more days pass that the Guild is not interested in making a deal.”

On June 24, WME, a subsidiary of Beverly Hills-headquartered Endeavor, became the first agency to respond in court, suing the Writers Guild on antitrust grounds.

The three talent agency lawsuits are substantively identical, according to legal experts. In CAA’s July 1 complaint, the agency argued that the union’s mass firing along with calls to end packaging fees and affiliate productions places, “overly restrictive restraints in commercial markets that the union has no authority to regulate.”

The complaint said, “This boycott is not ordinary union activity,” alleging that the guild is overreaching by encouraging studios and networks to support its mass firing of agents.

CAA and WME declined to comment on pending litigation. A message left with UTA was not returned.

The Writers Guild lawsuit relies on somewhat untested legal arguments, according to antitrust and entertainment lawyers interviewed. The case sits in L.A. County Superior Court with talent agencies yet to respond to the charges. Judge William Highberger has extended indefinitely the deadline for the agencies to answer the guild’s complaint.

The talent agency lawsuits, filed in federal court, may hinge on a legal claim that has previously been thrown out.

Lawyers pointed to a 1981 U.S. Supreme Court case in which talent agents sued the Actors’ Equity Association for violating antitrust law in stipulating the agent’s precise commission amount — the high court found then that the union’s stipulation, along with almost all other union activity, is exempt from an antitrust challenge.

“The courts have been generous to unions when determining whether the antitrust exemption applies,” said Andre Barlow, a Washington, D.C.-based antitrust lawyer who formerly worked for the U.S. Justice Department’s antitrust division.

The exemption applies to any matter related to “wages, hours or conditions of employment,” Barlow said.

Where talent agencies might have a claim, Barlow added, is by showing that the Writers Guild acted unlawfully in working with third parties. Barlow mentioned a 2014 federal appeals court case in Chicago where the court found that a Unite Here union representing hotel workers unlawfully interfered with the business dealings of a hotel after the union requested that trade shows not use the hotel for convention business.

In the talent agency lawsuits, Barlow said, the agencies allege the guild interfered with state-licensed talent agents by working directly with the studios and networks, or by getting representation from lawyers and managers, to secure writer’s contracts.

“It is possible that the WGA initially did a few things that exceeded their labor law rights,” said one antitrust law professor who asked not to be named.