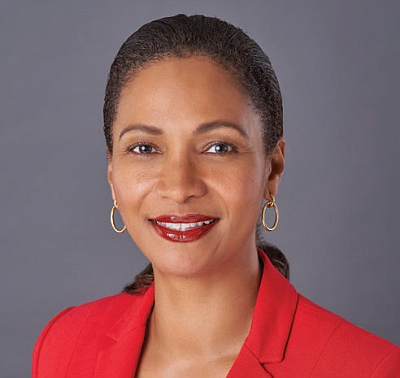 Deborah Flint was appointed Chief Executive Officer of Los Angeles World Airports (LAWA) in June 2015, with oversight of Los Angeles International (LAX) and Van Nuys (VNY) general aviation airports. Flint leads the team responsible for returning LAX to iconic status, creating a world class, modern airport for the modern traveler and building a transportation system that will give passengers a first-class, swift, convenient, and reliable way to access the airport.

Flint’s responsibilities involve managing the largest public works project in the history of the City of Los Angeles and investing more than $8.5-billion to innovate retail, food and beverage, terminal redevelopment and create an airport wide hospitality mindset. As well, Flint oversees the development and advancement of security policies and strategies that comply with federal security regulations and provide world-class law enforcement for the protection of the public and property. She leads the procurement and delivery of the Landside Access Modernization Program (LAMP,) the $5.5 billion solution to the crowded roadways and curbsides at and around LAX. Elements include an Automated People Mover (APM), Consolidated Rent-a-Car Center (ConRAC), Intermodal Transportation Facilities (ITFs) and comprehensive Roadway Improvements. Working in partnership with the Los Angeles County Metropolitan Transportation Authority (Metro), the system will provide travelers with a seamless connection to public transit. Flint is committed to building the complex structures with leading edge innovation and design, while creating new jobs and opportunities for small, local and diverse business.

Flint managed the transition of Ontario International Airport (ONT) to its new local authority. She continues to position VNY, one of the world’s busiest general aviation airports, as a vital community partner, which contributes more than $1.3 billion each year to the Southern California economy. Flint came to LAWA from the Port of Oakland where she had held the position of aviation director since 2010, being the primary executive responsible management, business development and operation of Oakland International Airport (OAK).