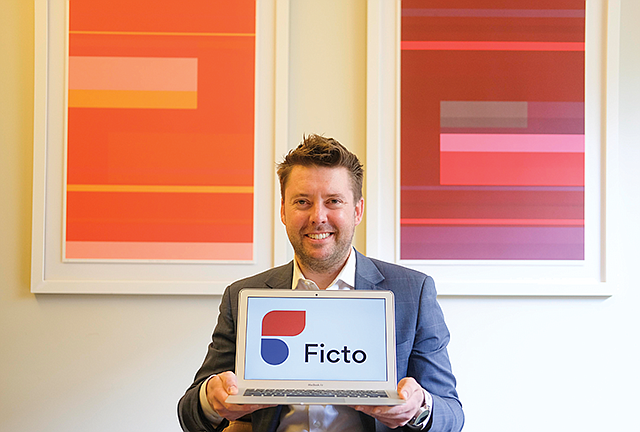 The market for commercial short-form video is still developing, but companies are rushing to figure out a formula to monetize the genre.

The name brand so far has been Jeffrey Katzenberg’s short-form video platform Quibi, but other outfits are emerging, including one new company that claims it will beat Quibi to market.

Fiction Riot, a business started by former United Talent Agency and Endeavor literary agent Mike Esola, will, like Quibi, sell a mobile phone app in which users pay a monthly subscription and gain access to a library of original, professionally produced videos that run for less than 10 minutes.

Esola said Fiction Riot’s Ficto app will launch in April. Hollywood headquartered-Quibi plans to launch its app in the spring of 2020, according to a Quibi spokesman.

Fiction Riot has not provided an app template, and the 10-month-old company is green in other respects, including the lack of a physical headquarters.

Fiction Riot is incorporated in West Hollywood – home to Esola, and it has used temporary office space in Beverly Hills and Sawtelle.

Still, the company has finished production on two series and hammered out deals on future projects.

Fiction Riot’s potential emergence has sparked the question among Hollywood dealmakers if similar startups will take flight, or if the barrier to entry in churning out polished mobile video content is too great.

The bet made by both Fiction Riot and Quibi is that smartphone users will give sustained attention to – and pay money for – professionally made content if the content is just a few minutes long.

Quibi and Fiction Riot each say they will offer a two-tiered subscription plan, in which the app without ads will cost a couple of dollars per month more.

Katzenberg, the former chief executive of DreamWorks Animation, announced in August $1 billion in startup financing for Quibi, including money from each of the major motion picture studios. The money was raised through Katzenberg’s WndrCo Holdings vehicle.

In terms of building a library of content, Esola, the former book agent, has one main idea – securing licensing deals for New York Times bestsellers.

He has bought the rights to more than a dozen book titles including, “Can You Keep a Secret,” a No. 1 bestseller by Sophie Kinsella, which is also being adapted into a feature-length movie.

Fiction Riot’s coterie of workers – Esola said there are 10 employees and independent contractors – flew to upstate New York last month to produce five, six-minute episodes of “Can You Keep a Secret.”

Fiction Riot intends the miniseries to both complement the movie, and provide original, separate content.

The company also used much of the cast and crew in the upcoming movie, Esola said, and overall production costs were just under $1 million, or about $30,000 per minute of content.

Fiction Riot had a similar feature-length film partnership with the other project it has produced, a miniseries shot outside Beijing complementing the Jackie Chan vehicle, “Project X-traction.”

Esola signed up prolific director Jonathan Liebesman, and screenwriter Kurt Johnstad for future projects, and he bought the rights to several young adult novels including Laini Taylor’s “Daughter of Smoke and Bone.”

Buying book rights could be a savvy tactic, said Jesse Saivar, an entertainment lawyer at Greenberg Glusker, “If you’re identifying pre-existing works that have some traction,” because purchasing rights are often less than 5 percent of a series’ total operating budget.

Esola said part of Fiction Riot’s audience and chat tools will be patterned after teen chat fiction apps including Yarn, which is run by Santa Monica-based Mammoth Media.

The apps, in which books appear in text message form by user authors, boast millions of subscribers.

The company will pay artists mostly through royalties, he said, which will be divvied up by the number of unique views each program receives.

Fiction Riot and any other new entrant into the mobile video market has this going for them: A lot of people watch videos on their phones.

About 170 million people in the United States watched videos via their smartphones in 2018, according to Statista Inc.

“The market is already there,” Del Vecchio said. “It’s not like we have to wait and see if the market comes to fruition.”

A bit less clear is how much attention people give to videos on their phones.

An eMarketer Inc. study in June found that U.S. residents spend three hours and 35 minutes each day on their mobile devices, with mobile device mostly meaning smartphones but also including tablets.

The main subscription video service designed for the phone so far, YouTube Red, rebranded YouTube Premium in June, is largely seen as a failure. YouTube, a subsidiary of Alphabet Inc.’s Google, reportedly has not been able to retain a million subscribers, and the company has considered scrapping the $12-a-month service.

Fiction Riot plans to have about 20 minishows of approximately five episodes each by the time it launches, according to Esola, and it will continue a steady ramp-up after launch.

Del Vecchio said that might not be enough to compete with Quibi, whose aim is to have 5,000 to 6,000 pieces by the end of its first year.