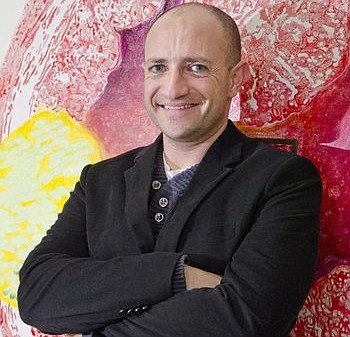 Axial Biotherapeutics Inc., a biotechnology company with roots at the California Institute of Technology in Pasadena, has raised $25 million in a Series B round.

The Boston-based company cofounded by Caltech microbiology Professor Sarkis Mazmanian on Feb. 27 announced the new funding from global investors that included a “group of high-net-worth individuals based in Southern California.”

The funding from Seventure Partners of France and other venture capital firms will be used to advance Axial’s gut-targeted molecules to fight neurological diseases such as Parkinson’s and autism spectrum disorder.

The Southern California investors were not disclosed.

Axial has licensed rights to central nervous system biotherapeutics from the Mazmanian Laboratory at Caltech.

Mazmanian, the scientific founder of Axial who serves on its board of directors, has employed the gut microbiome to help treat diseases of the central nervous system, including autism.

The Caltech researcher trained at UCLA has founded two biotech companies – Axial Biotherapeutics and Symbiotix Biotherapies Inc., also based in Boston – and serves on the scientific advisory board of more than a dozen more companies and institutions.

Upon its founding in November 2016, Axial Bio raised $19 million during a Series A financing that included Kairos Ventures of Beverly Hills, Heritage Medical Systems Inc. of Lancaster and the undisclosed group of Southern California investors.