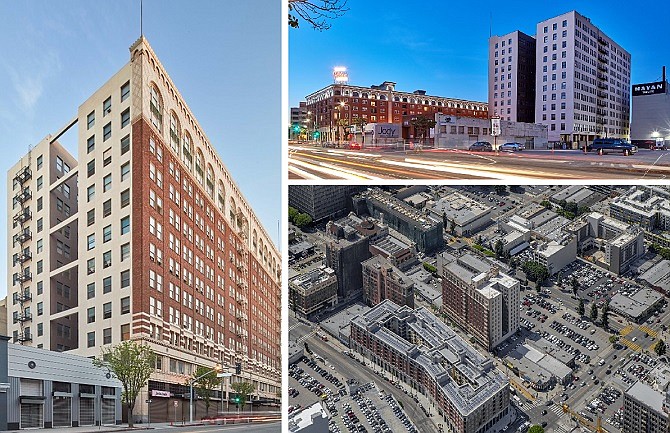 WeWork Companies Inc. has signed a lease for 78,000 square feet in downtown. Terms of the lease were not disclosed.

The lease is for four full floors at 1031 S. Broadway, known as the Western Pacific building.

The space, which can hold 1,370 members, is expected to open in the fall.

Cushman & Wakefield’s Andrew Tashjian represented the landlord in the lease. He declined to comment for this article. The building is owned by Onni Group.

The Western Pacific is in the middle of a large-scale repositioning into high-end creative office space. Onni Group purchased the building and an adjacent parking lot for $50 million in 2016, according to CoStar records.

WeWork already has locations downtown at the Fine Arts Building at 811 W. 7th St. and the Gas Company Tower at 555 W. 5th St.

Earlier this month, the co-working giant signed a lease for 116,000 square feet at 3000 Olympic Blvd. in Santa Monica. The location is scheduled to open in summer 2019.

The average asking rent for a Class A building in downtown L.A. was $3.70 a square foot during the fourth quarter of 2018, according to data from Jones Lang LaSalle Inc. That would put the lease value at roughly $3.5 million a year.