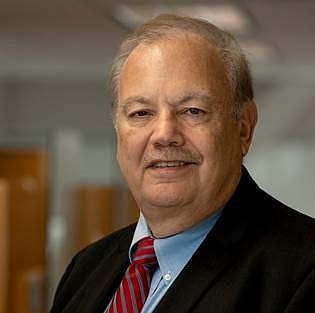 Dennis Slamon, a UCLA scientist whose research led to the development of the blockbuster breast cancer drug Herceptin, will share in a $1 million prize from Sweden for outstanding cancer research, the university announced Feb. 5.

“Dr. Slamon is an extraordinary physician and scientist who has made tremendous contributions to our understanding of cancer,” said Dr. Kelsey Martin, dean of the Geffen School of Medicine, in a statement. “His research helped establish the foundation for therapies that target the specific genetic mutations driving the disease.”

In the 1980s, Slamon identified a new aggressive breast cancer known as HER2-positive and a way to target the disease and treat it.

Since the Herceptin drug (trastuzumab) was launched in 1998, it has extended the lives of an estimated 3 million women, according to UCLA.

The blockbuster cancer treatment has also been among the world’s top selling drugs, earning Genentech Inc., a subsidiary of Swiss drug maker Roche Holding AG, $7.18 billion in 2017, according to Reuters.

Slamon, director of clinical and translational research at UCLA’s Jonsson Comprehensive Cancer Center and executive vice chair for research at the Geffen School, was selected to share the Swedish prize for his “groundbreaking contributions to the clinical development of targeted therapy directed against genetic aberrations in cancer,” according to the Royal Swedish Academy.

Carl XVI Gustaf, king of Sweden, will present him the award during a March 31 ceremony in Stockholm.