Beyond Yoga is a Los Angeles company that strives to share an honest message of inclusivity because the entire company and its founders want everyone to embrace who they truly are. Also, Beyond Yoga believes people of all shapes and sizes should be able to wear cute clothes. The company is female-founded and run, because it believes that empowered women empower women. The clothes are equally soft and supportive, made for whether you’re lunging or lounging. Beyond Yoga likes to say that its clothes “have high standards, but they are super low maintenance.” The company strives to truly see women of all shapes and sizes, so it carries extended sizes that range from XXS to 3X. 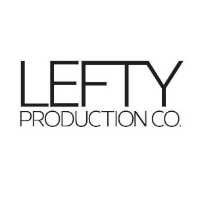 The Lefty Production Co. team has worked with designers, fashion brands and retailers of all varieties and sizes. It has worked for high fashion icons including Matthew Williamson, Rosetta Getty and Christian Siriano as well as retailers including Nordstrom and Neiman Marcus. The company recently produced the official athletic uniforms for the second seasons of NBC’s Spartan Ultimate Team Challenge and Netflix’s Ultimate Beastmaster. Lefty was also selected to create the official bomber jackets of the Guns N’ Roses: “Not in This Lifetime Tour” and its services were included in the official prize package awarded to the winner of Project Runway Junior Season 2.