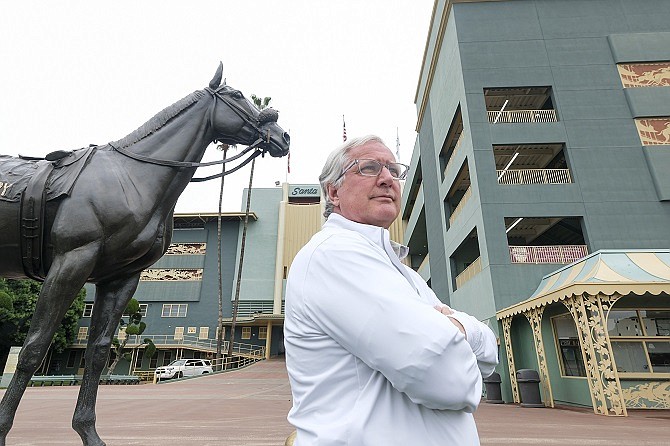 After enduring one of the most tumultuous seasons in Los Angeles sports history, executives at Santa Anita Park in Arcadia are hoping for a clean start on Dec. 28.

That’s when the 83rd Winter/Spring Meeting gets underway at the storied track, which saw 37 thoroughbreds euthanized because of injuries since December 2018. Opening day was originally scheduled for Dec. 26 but was postponed due to a declining weather forecast. It will be the first time the track has not opened on the 26th since the 1973-74 Winter Season.

“Sometimes, having hard times are the best crucible for seeking ways to improve,” Fravel said from his office near the track’s backstretch. “That entails adjustments not only from a participants’ standpoint but also from the betting public and fans. Part of our job is to get the word out that we’ve done good things that are having positive results.

“From my point of view, the public is asking us to recognize problems when they exist, be straightforward about it and try to deal with them honestly.”

Santa Anita received approval in November from the California Horse Racing Board to move forward with the Winter/Spring Meeting, which includes the Santa Anita Derby, one of the last major prep races for the Kentucky Derby, as well as the Santa Anita Handicap, which boasts historical ties to Seabiscuit, Spectacular Bid and John Henry.

On Dec. 19, the L.A. County District Attorney’s Office said its task force had found no evidence of crimes, including animal cruelty, stemming from the series of horse deaths.

Earlier this month, on Dec. 13, Santa Anita announced it would install new equipment to determine preexisting conditions in the fetlock, the most common area for injuries in race horses. The track said it will be the first to use this technology in the sport. 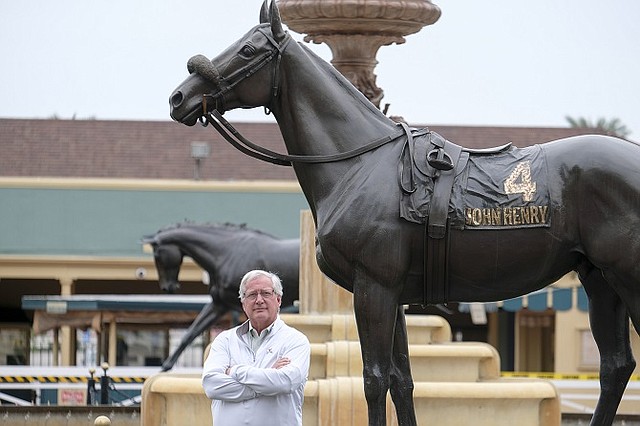 The stakes are high for Santa Anita — and for horse racing in general — to correct the situation that led to a yearlong string of tragedies at the historic green-and-white track, which bills itself as “The Great Race Place.”

In March, after nearly two dozen horse deaths, Santa Anita shut down for almost three weeks. The deaths led to vocal protests outside the track and stern warnings from state and national officials.

Some racing experts attributed the deaths to a compacted dirt track condition in the aftermath of heavy rains last winter and called for a conversion back to a synthetic surface. Others blamed drug treatments used on horses.

The deaths continued when the track reopened in the spring and reached a defining moment in early November with a nationally televised incident on NBC at the Breeders’ Cup Classic, the signature event for the track’s Autumn Meeting.

That two-day, 12-race event concluded Santa Anita’s second meeting of 2019 and should have been a high point for the year at the track.

It was the 10th time Santa Anita has hosted the Breeders’ Cup, and it was the track’s second-largest audience for the event. Only the 2016 event, which drew a combined 118,484, was bigger.

But just 12 seconds away from what could have been an injury-free weekend, Mongolian Groom suffered a back-leg injury on the homestretch in the marquee race and had to be euthanized. That tragedy came in the aftermath of the celebration as Vino Rosso raced past favorite McKinzie to claim the win.

Wagering numbers, Fravel said, are “always the bellwether figure in our business.” He added that attendance, which is often in the 40,000 to 50,000 range for important races or opening days, was altered as “there was questioning by the general public about what was happening.”

Sponsorship, however, has remained steady, according to Fravel.

“You kind of have to put an asterisk around last year no matter how you cut it,” he said.

“Overall, the business has encouraging signs. The large, special events have always been well-attended and produced great handles. But we feel the stress in the day-to-day product, which is more a reflection of the cost of acquiring and racing horses from a crop that isn’t what it was 10 to 12 years ago. It’s a fine line of how to produce a quality product when you have a diminishing horse population.

“This has always been a tough business for owners in particular, but it’s a game of hope, and there are opportunities that we call ‘psychic income,’ which is making horsemen and women who come to the races feel appreciated.”

Santa Anita accommodates about 5,000 employees as well as employing its own full-time and seasonal workers. But there are also trainers, grooms, exercise riders, hot walkers, farriers and equine veterinarians whose work brings them to the track in the off-season to care for the nearly 2,000 horses that live and train there. The track is most often buzzing in the 5 a.m. to 10 a.m. window for thoroughbred training runs.

Pete Siberell, the track’s director of special projects, noted that about 250 social-gathering events a year happen at Santa Anita aside from racing, as well as frequent TV and movie shoots. 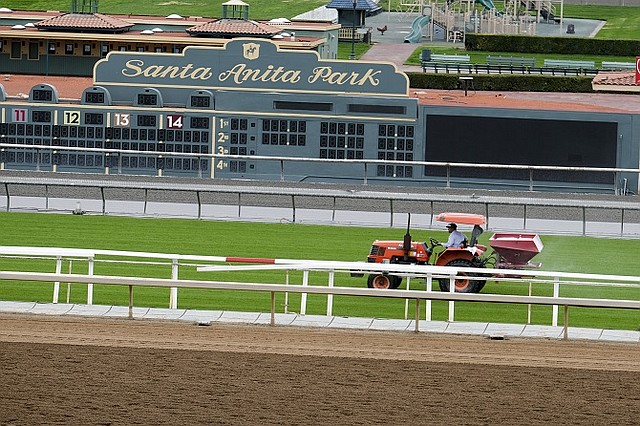 Santa Anita Park looks remarkably similar to when it opened in 1934.

The track spent about $35 million on renovations prior to the Breeders’ Cup for its Chandelier Room and added outdoor luxury suites. It also attracted as many as 370,000 visitors total for frequent three-day 626 Night Market events that replicate Asian nighttime bazaars.

The track is also considering ways to include more music events to attract younger audiences.

Santa Anita, which looks remarkably the same from the outside as it did when the Los Angeles Turf Club opened it on Christmas Day 1934 — a year after state and pari-mutuel betting was legalized — is the only major thoroughbred race track in Southern California since the closure of Inglewood’s Hollywood Park in December 2013.

Of course, Santa Anita isn’t the only track to experience horse deaths. Del Mar Thoroughbred Club had 10 thoroughbred deaths in 2019 during its 36-day summer meet from July 17 to Sept. 2 and its 12-race autumn meet from Nov. 8 to Nov. 30, which had to close on Thanksgiving Day because of heavy rain.

The California Horse Racing Board said thoroughbred deaths actually declined in 2019. There were 58 deaths this year compared to 67 in 2018.

Fravel, who spent more than 20 years as the chief operating officer at Del Mar, welcomes his new role.

“It’s good to have a different eye, but also a familiar one,” he said. “The people here know me, and I hope they understand how much we appreciate them and their business. All are important in what we’re trying to do here to support this place. I think we have a year or two of regaining the confidence of everyone. We look forward to that challenge.”