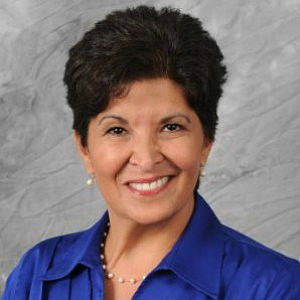 After a nearly 30-year career in Broadcast Journalism, Penny Griego is now the Media Relations Specialist at L.A. Care Health Plan. She joined L.A. Care in November of 2017, and is using her journalism background to help gain media attention for the health plan.

Penny’s journalism career included stints in television and radio. Most recently, she served as the morning drive anchor at KFWB radio in Los Angeles. She worked at the station for 11-and-a-half years.

She worked in television news for almost 17 years, including 9-and-a-half years at KCBS TV in Los Angeles where she was a weekend anchor and reporter. Prior to that she worked at TV stations in Denver and her home town of Albuquerque.

Penny has received numerous Golden Mike Awards from the Radio and Television News Association of Southern California and has received five Emmy nominations. She has also been recognized by numerous community organizations.

Penny received a BA in Journalism from the University of New Mexico.