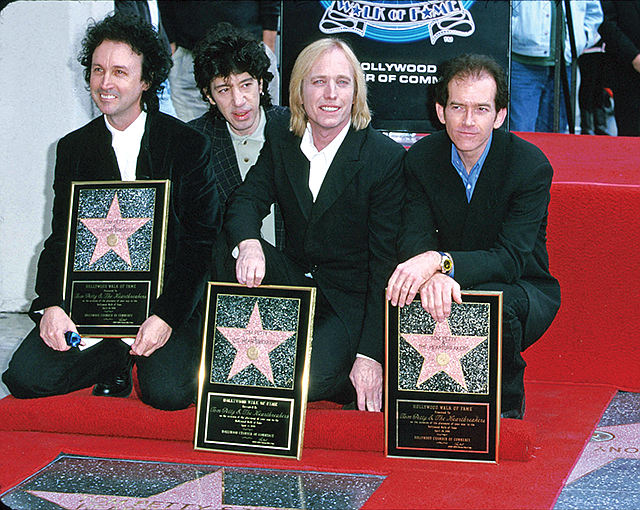 Rather, the fallout may actually reinforce UMG’s current business model, in which revenue increasingly comes from streaming services and digital recordings — sources that are less at risk for permanent physical damage in the event of a fire or other catastrophe.

“What may have been destroyed is a tiny portion of the pie for UMG,” said Gigi Johnson, a music business professor at UCLA. Most of UMG’s revenue today, Johnson said, comes from contemporary artists with easily reproduced, digitized sound recordings.

Platforms such as Spotify are charging listeners a monthly fee to stream music, about half of which goes to the record labels. “For the music industry, subscription streaming is what is paying the bills now,” Johnson said.

Business is strong at UMG, which has been bolstered by recent acquisitions of legacy record labels like EMI and their catalogs. UMG has also signed popular artists such as Drake, Ariana Grande and Post Malone, driving up revenue.

The company’s global share of recorded music revenue climbed to 31% in 2018 from 28% a year earlier, according to Midia Research. In 2018, overall international recorded music sales jumped 12% to $18.8 billion.

Global investors are taking notice. This month, UMG parent company Vivendi announced that Chinese investor Tencent Holdings Ltd. is negotiating to take a 10% stake in UMG for a price that would value the Santa Monica company at about $34 billion. Just six years earlier, Paris-headquartered Vivendi considered selling all of UMG for $8 billion.

On a conference call announcing the company’s first-half results, Vivendi Chief Executive Arnaud de Puyfontaine told analysts that money from the sale could help with “bolt-on acquisitions,” indicating the company is looking to continue to grow.

Putting out the fire

After a June New York Times report revealed the extent of damage to stored music recordings caused by a 2008 fire on the Universal Studios lot, UMG artists past and present filed a class action lawsuit. UMG Chief Executive Lucian Grainge disputed the article’s accuracy but said the company has hired 70 employees to gather information on the status of artists’ physical assets.

According to the report, the fire destroyed as many as 125,000 assets, an untold number of which were master recordings.

Attorneys for the artists — including the estates of Tom Petty and Tupac Shakur — argued that UMG breached contracts and should be obligated to share an estimated $150 million in insurance payouts from the fire with its artists.

UMG has sought to dismiss the lawsuit, arguing that no contractual language called for UMG to divvy up those payouts.

Legal experts say the court is likely to dismiss the case at a hearing scheduled for November in Los Angeles County Superior Court.

“I don’t see a contractual basis for the artists’ arguments, and I think courts are very reluctant to read outside the four walls of the contract,” said Lisa Alter, an entertainment lawyer at Alter Kendrick & Baron.

But Alter wondered if, legal arguments aside, it might help UMG’s reputation to negotiate a settlement of some sort with its artists. “It would behoove UMG to consider at a minimum making artists whose property was destroyed partially whole,” Alter said.

Vickie Nauman, founder of CrossBorder Works, a consultancy for record labels and streaming platforms, said UMG should provide information to its artists about whether their recordings were destroyed. The recordings “are part of our collective cultural heritage,” she said.

Nauman suggested that the fire should be a lesson to UMG and other labels to get out of the business of keeping physical inventory.

For now, UMG doesn’t appear to be taking that approach. In a memo to UMG employees that was made public after the Times article, Grainge stated the label’s continued commitment was “to invest significantly in preserving and protecting recordings.”