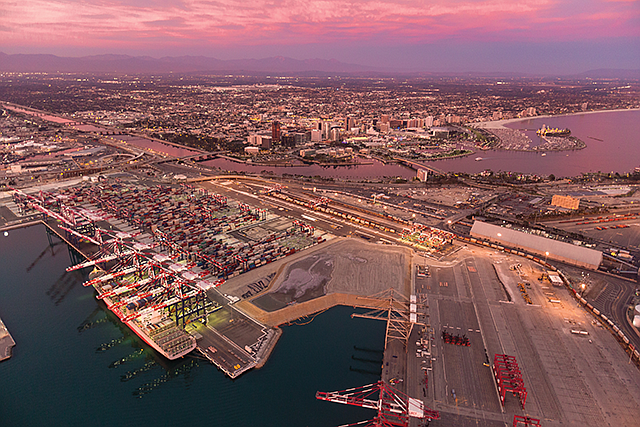 The ports of Los Angeles and Long Beach, which together form the nation's largest hub for cargo trade with China, imported 789,788 20-foot equivalent units — a standard measure for container cargo — in July. That was up a mere 0.5% from the 785,901 TEUs that passed through the hub in July 2018.

This July's imports were an improvement, however, compared to May and June of this year when import volumes declined during what is usually a ramping-up period ahead of the busy summer shipping season.

“The trade war is hitting the West Coast hard,” Mario Cordero, head of the Long Beach port, said in a statement announcing July volumes. “For more than a year, the supply chain has bent under the weight, and there’s very little give left.”

Earlier this month, President Donald Trump announced new 10% tariffs on an additional $300 billion worth of Chinese goods that will go into effect Sept. 1. The new levies come on top of a 25% tariff already imposed on $250 billion worth of other imports – making nearly all goods coming from China subject to tariffs.

Trump has said the tariffs are proving to be a boon for the U.S. Treasury. But it's U.S. distributors and retailers who pay the duties, often passing on the cost to customers.

“Los Angeles and Long Beach are so reliant on Asian trade that it’s certainly having an impact, especially when you look at exports,” said Jonathan Gold, head of supply chain policy at the National Retail Federation. “It’s the consumers who are going to pay at the end of the day.”

China has shot back, imposing its own tariffs in retaliation against the United States. This month, China halted agricultural imports – a blow to California farmers and the San Pedro Bay. Each year, China consumes billions of dollars’ worth of California-grown products like almonds and pistachios.

“Exports are getting crushed because of retaliatory tariffs by China,” Gold said.