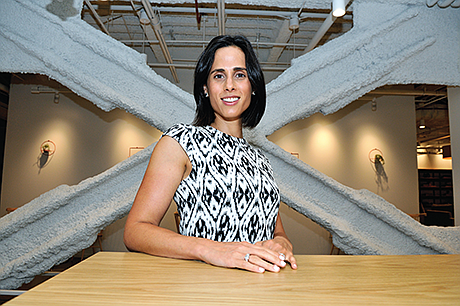 With two professional teams and two major college programs in town, football is big business every fall in Los Angeles.

Spring is another story.

Each attempt at spring football in the city has failed, though a league featuring a Los Angeles franchise is starting up in 2020 with some signs of promise.

The league is a revamped XFL, funded by World Wrestling Entertainment Inc. Chief Executive Vince McMahon, owner of the original XFL that folded after one season.

The team won’t have a name or office until September – its currently based at a Beverly Hills co-working space – and it won’t have any players until the XFL’s expected draft in October.

But the franchise does have a coach in Winston Moss, a former Green Bay Packers associate coach and a star with the Raiders during their stay in Los Angeles.

“This will be a multiyear process for us. But we really think we can tap into communities underserved by the NFL product,” Karatz said at the co-working space.

Karatz described the new XFL as a savvy, cautious venture three years in the making — the inverse of the first XFL, which McMahon announced less than a year before the league’s first season.

“Maybe by year four, people will say ‘you have a real league,’” she said.

Outside experts agree that any new league must prepare to lose money at first.

Over the last four decades, the only one new American sports league to survive financially was Major League Soccer, said Victor Matheson, an economist at the College of the Holy Cross. The MLS kept a “huge lid on costs” and spent a decade attaining a fan base, he said. The LAFC, for example, has enjoyed two consecutive years of sellout games.

“This is a pretty saturated market,” Matheson said.

Experts say spring football could work in theory. In a Gallup Inc. poll last year, 37% of U.S. respondents said football was their favorite spectator sport. Basketball was a distant second at 11%.

A spring season means no competition for fans, “who experience withdrawal come February after the Super Bowl,” Karatz said.

To date, though, no spring football league has found success.

The Alliance of American Football launched and folded earlier this year after principal stakeholder Tom Dundon withdrew his investment, stating he had lost too much money.

The United States Football League, which included the Los Angeles Express, crumbled in the 1980s as owners, including New Jersey Generals owner Donald Trump, fought over whether to move the games to the fall season.

The original XFL suffered plummeting ratings and sparse attendance after audiences panned the quality of play, the emphasis on scantily clad cheerleaders and the league’s efforts to make the sport more violent.

McMahon folded the league when NBC said it would stop televising games after the first season. McMahon also balked at the time about losing $70 million in his first season.

Drawing a contrast with the XFL of old, Karatz noted the new league have no cheerleaders, and there will be a focus on speeding up the game. “Less stall, more ball,” she said.

Perhaps more important, the XFL may have a financial commitment previous leagues lacked. McMahon converted $394 million in WWE stock toward Alpha Entertainment, a private company that will run the XFL.

“We have the runway we need to stand this league up for multiple seasons,” Jeffrey Pollack, president of the XFL, said in a phone interview. He cited McMahon’s money and a TV deal that will put 60% of the league’s games on Fox and ABC.

McMahon’s ownership of all the teams could save the league money. Major League Soccer used the same strategy in its early years, which limited costs by preventing bidding wars for talent, Matheson said.

XFL rosters will be populated primarily by former college players. “There are 30,000 or so Division 1 football players, and only a few get drafted into the NFL,” Karatz said.

Karatz’s team will play at 27,000-seat Dignity Health Sports Park in Carson. With the league office handling TV contracts, Karatz said her No. 1 job is to sell tickets to the team’s five home games.

Ticket prices haven’t been announced, but Karatz said they’ll be more affordable than the NFL.

“We believe there’s a huge demographic we can hit of ticket buyers,” Karatz said. “Most of the people in Los Angles cannot afford to go to a Rams or Chargers game. Imagine a family of four being able to go to a game for $100.” A Rams game at the Los Angeles Memorial Coliseum carried a median ticket price of $110 in 2018.

Karatz’s team is holding community outreach efforts in Carson and neighborhoods in South L.A. which have lower average household incomes than other parts of the county. They’re also home to some of Southern California’s top high school football powerhouses.

Karatz has met with fans at a Buffalo Wild Wings Inc. restaurant in Carson where she discussed matters like prices for a hot dog and beer at a game.

The XFL rollout comes just ahead of the planned move by the Rams and Chargers into the Los Angeles Stadium at Hollywood Park in the fall of 2020. It also comes at a time when questions persist about whether there’s an appetite for two NFL teams in a city replete with other sports and entertainment offerings.

“Most teams have not regularly been able to stay above the clutter in the marketplace,” said David Carter, a sports economist at USC.

“They can fill the Carson stadium,” said Roger Noll, a sports economist at Stanford University. “But just not with the people who paid $25 to get in — at least not at the start.”