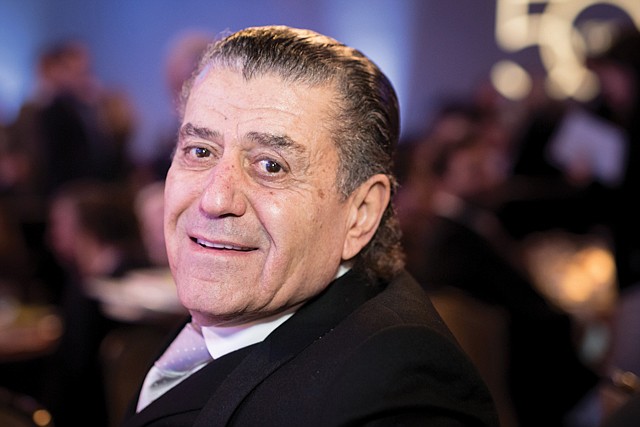 As other entertainment moguls invest in the latest streaming or social media platforms, Haim Saban is looking to a more traditional entertainment business: recorded music.

The 75-year-old, who places his net worth at $4.7 billion, announced last month he would put $500 million into a new record label, Saban Music Group.

The label will fold in 2-year-old Talento Uno Music, a Century City-based record label acquired by Saban in May 2018. Talento Uno was started in 2017 by Gustavo Lopez, former executive vice president for Latin music at Universal Music Group Inc.

Lopez will be chief executive of Saban Music Group, which will build out from Talento Uno’s offices, and the label plans to focus on Latin music, global music of all kinds and developing young talent.

The label has announced an initial slate of artists including Colombian reggaeton artist Reykon and Israeli pop duo Static and Ben El.

Saban’s plan to start a record label, while perhaps old-fashioned, carries some promise due to the label’s focus.

“Latin Music is where the action is today in music,” said Lloyd Greif, an analyst of Saban's investments and founder of downtown investment banking firm Greif & Co.

The genre was the fifth most popular in the United States in 2018, based on streams, album sales and radio plays, according to Statista Inc., outpacing genres such as country and electronic.

Latin America is a growing market for music consumption. The region saw 16.8% growth in 2018 recorded music revenue, according to a report from the International Federation of the Phonographic Industry, a London-based trade group.

Saban can succeed, Greif added, if he “lets his operating partner Gustavo Lopez do what he does best: Identify and commercialize up-and-coming Latin music acts.”

“I know that the main driver of growth in music has been on-demand audio song streams,” the statement read in part. “This is what gets me excited about the music business at the moment as I have embraced the digital age.”

Three companies — Universal, Sony Music Entertainment Inc. and Warner Music Group — control 88% of global recorded music, according to the Phonographic Industry. But outside observers downplayed the need for artists to align with a major label in 2019.

“Historically, it had been for investment and clout in terms of marketing and radio airplay as well as global distribution,” said Gigi Louisa Johnson, a business professor at UCLA.

Today, Johnson said, the bar to get distributed on the major streaming services — Apple Inc. and Spotify Technology — is lower than it is for getting on major radio stations.

Saban Music Group is a return to the entrepreneur’s business roots.

He was a teenage concert promoter in his childhood home of Tel Aviv and made an initial fortune selling a catalog of cartoon music he produced to Warner Bros. Entertainment Inc. for around $6 million in 1986.

His financial breakthrough, however, came with the “Mighty Morphin Power Rangers,” which debuted in 1993. Saban has sold, repurchased, and resold the Power Rangers’ intellectual property — most recently to Hasbro Inc. in May 2018, for $522 million.

Saban appeared ready to move that money toward a special purpose acquisition company to purchase camera equipment-maker and post-production studio Panavision Inc. But the deal for the 65-year-old Woodland Hills-headquartered company fell through in March, with a short regulatory timeframe blamed for preventing the sale’s completion.

The mogul’s next big move appeared to be another sale — reports have circulated in the past month that Saban wanted to unload his controlling stake in Univision Communications Inc., valued at $700 million.

Saban declined to comment on whether he’s looking to sell his Univision stake.